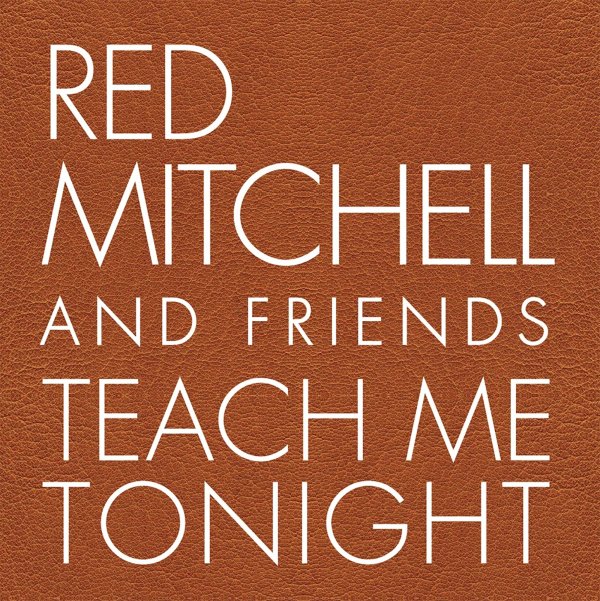 Teach Me Tonight (with bonus track)

Bassist Red Mitchell's always had a wonderfully warm sense of tone – but it seems even warmer here than usual, in a nice small combo setting with a group billed as "friends" – and who certainly come across that way on the album! There's a relaxed, easygoing vibe to the whole record – almost like you're hearing Mitchell working after hours in the back room of a club with favorite musicians – playing the kind of music they've saved for themselves, in a quartet that features Harry Edison on trumpet, Dado Moroni on piano, and Ben Riley on drums – plus vocals on two tracks from Adrianne West. Edison is wonderful in the setting, as is Moroni – and titles include "Two Moons", "Black Forest Blues", "Fair Weather", "Never Let Me Go", "Teach Me Tonight", and "The Duck & The Duchess". CD features a bonus alternate of "Black Forest Blues".  © 1996-2023, Dusty Groove, Inc.