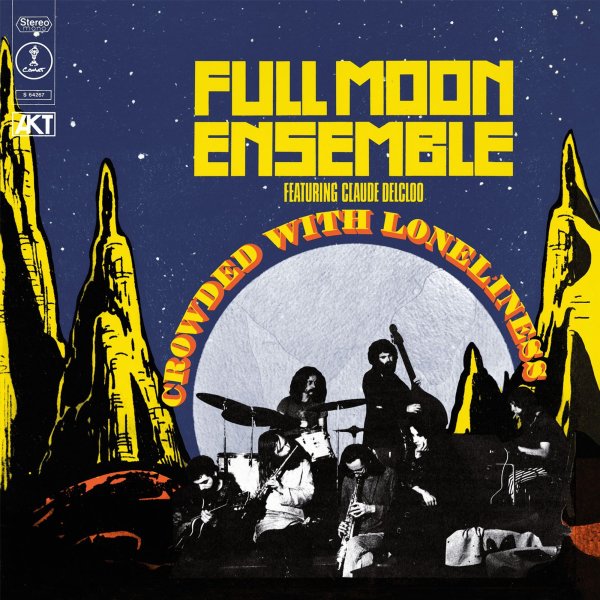 A rare spiritual jazz session from the Full Moon Ensemble – a very groovy French group headed up by drummer Claude Delcloo – who was better known for his avant jazz work on sides for the BYG/Actuel series of albums! This time around, Delcloo is working in much trippier territory – a style that still shows some of the freedoms of the post-68 generation of French jazz, but which also takes on some strong spiritual tones too – mixing spoken passages with rich organic sounds on percussion – and these bold, snaking lines on Fender Rhodes and guitar that really help hold the whole thing together! The record works as one long suite on side one, and continues that groove on side two – and although the band's jamming great in the studio, there's still a sense of structure and purpose that really drives the music. In addition to Delcloo on drums, the group also features Jeff Sicard on alto and tenor, Gerard Coppere on tenor and soprano sax, Mratine Tourreil on Rhodes, and Joseph Dejean on guitar – and the vocals bits are by the enigmatic "Sarah". Titles include the side a suite "Tribute To Bob Kaufman" – plus "101 W 85th Street" and "King Kong".  © 1996-2022, Dusty Groove, Inc.