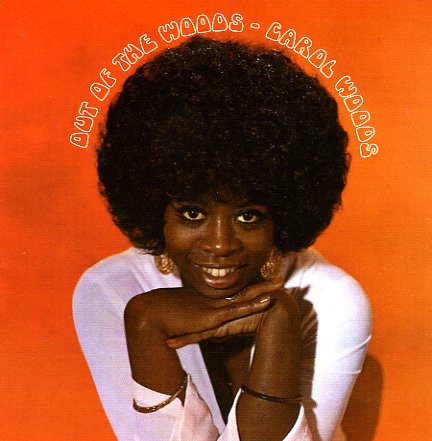 A rare 70s soul set from Carol Woods – a singer who's done a fair bit of work on the musical stage, but who has plenty to offer in this obscure debut album! The record was mostly cut in New York, yet only issued in the UK – which is part of the reason for its obscurity – and the sound is full, proud, and plenty darn soulful – almost a post-Supremes sort of vibe, but with a hipper 70s approach – very well put together by producer Beau Ray Fleming, who's probably better known for his later work with Mandrill and Sun. Woods' vocals are full and rich, but never overdone – and she reminds us a lot of some of her other 70s contemporaries who'd worked the stage, but could slide into a soul session equally well – such as Melba Moore. Titles include "If I Let You", "But You Know I Love You", "Bigger Than I", "There's Gotta Be A Way", "The Woods Are Full", "Can You Remember", and "Why You Wanna".  © 1996-2022, Dusty Groove, Inc.

Indebted To You (180 gram pressing)
Gull/Soulgramma (Italy), 1977. New Copy (reissue)
LP...$29.99 34.99
Sweet British harmony soul from this overlooked 70s group – a really wonderful record that continues some of the best mellow group styles of the earlier part of the decade! Dave Collins – of Dave & Ansel Collins fame – is a member of the trio – but the sound here is ... LP, Vinyl record album