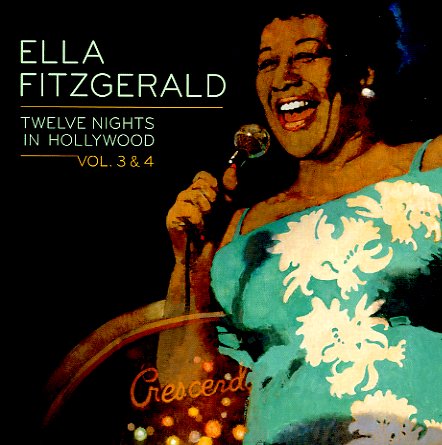 Massive music from Ella Fitzgerald – 2CDs worth of sublime small group recordings – all of them live, and all of them previously unissued before the Hip-O/Verve Select box set! The set follows the same format of the Verve Ella In Hollywood album – recorded in a small club setting, with combo backing that really lets Fitzgerald open up and swing – inflecting the tunes with the kind of warmth and spontaneity that she brought to her famous live performances of the time – which were almost always more compelling than her studio sides, no matter how great those were too! Vols 3 features material from two weeks' worth of recording in May of 1961 – with backing from Jim Hall on guitar, Lou Levy on piano, Wilfred Middlebrooks on bass, and Gus Johnson on drums. Vol 4 features Ella returning to Hollywood for two more nights in 1962, with trio backing from Paul Smith on piano, Middlebrooks on bass, and Stan Levey on drums. There's an amazing 40 tracks on 2CDs: "The Lady's In Love With You", "Candy", "Rock It For Me", "How High The Moon", "Deep Purple", "'S Wonderful", "Just Squeeze Me (But Please Don't Tease)", "All Of Me", "My Kind Of Boy", "Angel Eyes", "C'est Magnifique", "Good Morning Heartache", "Too Darn Hot", "Bill Bailey", "Teach Me Tonight", "Hard Hearted Hannah" and more.  © 1996-2022, Dusty Groove, Inc.