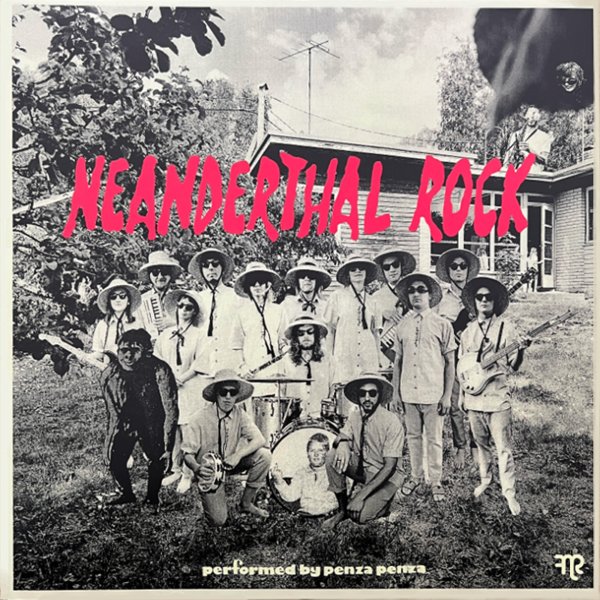 A masterpiece in fuzzy funk from this large Estonian collective – a group who work here with sharp production from Misha Panfilov, with a sound that's every bit as weird and wonderful as all the other projects he's given us over the years! The group do a wonderful job of blending psychedelic guitar with heavy drums and heady basslines – music that's freaky in all the right parts, but never forgets to be funky either – and which sounds much more like the tight energy of a small combo than you'd guess from the large number of musicians on the cover! As with some of Misha's other recordings, there's some great electric moments here that really create a spacey sort of vibe next to the funkier energy at the core – on titles that include "Bullet Fast", "How Do You Swim At Night", "Stompin & Mortorikn", "5000 Hailstones", "Matti Pellonpaa", "Merman", and "Neanderthal Rock".  © 1996-2022, Dusty Groove, Inc.