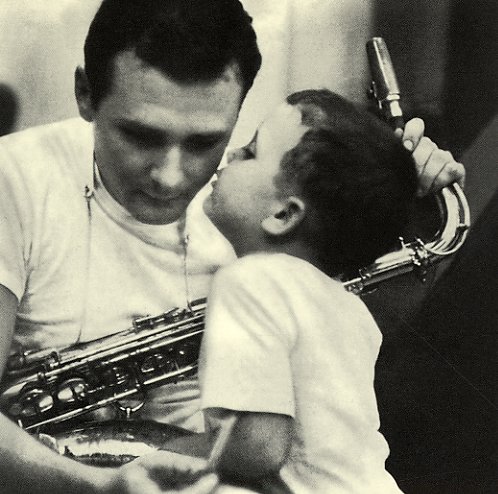 Pure genius from Stan Getz – a set that's got an understated brilliance from the cover and title right down to the music in the grooves – and maybe one of the best-ever pairings of the tenor of Getz with the guitar of Jimmy Raney! The pair work here in a hip combo with Duke Jordan on piano, Bill Crow on bass, and Frank Isola on drums – on a mellow set of short standards that includes "Hymn Of The Orient", "Stella By Starlight", "Thanks For The Memory", "Tis Autumn", and "You Turned The Tables On Me" – all played with an impeccable sense of tone, space, and rhythm – apparent even here in Getz's younger years! Essential Jazz reissue adds 6 bonus tracks featuring the same personnel, plus another 4 tracks recorded in 1954 with Jimmy Rowles, Bob Whitlock, and Max Roach.  © 1996-2022, Dusty Groove, Inc.

Blues In Time (aka Gerry Mulligan Meets Paul Desmond)
Verve, 1957. Used
CD...$4.99
A great pairing of two of the coolest jazz talents of the 50s – icy-cool altoist Paul Desmond and warm-toned baritonist Gerry Mulligan! The group here continues the pianoless tradition of some of Mulligan's work of the decade – leaving plenty of room for amazing interplay between the ... CD