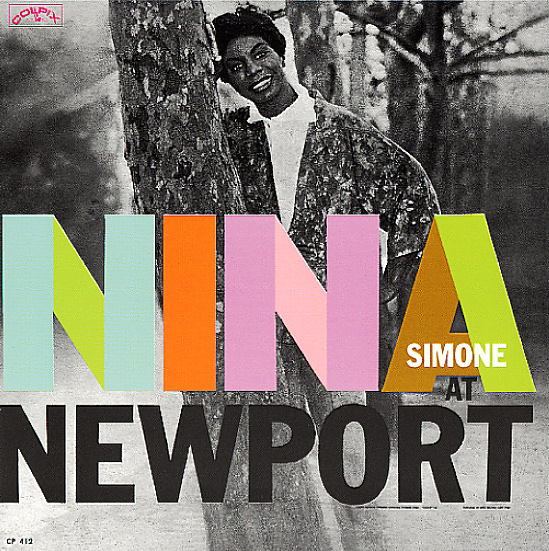 A key early moment for Nina Simone – recorded live at Newport in 1960, at a time when the festival was one of the most important showcases for groundbreaking jazz – and a perfect setting for Nina to really let loose in that righteous style that would fuel her career during the 60s! Given that Simone could sometimes be turned out of the cabaret crowd with her politics, the warm welcome she gets at Newport is very fitting support – and you can really hear it in the way she approaches the material! The set's a hip batch of tunes that includes a few standards like "Trouble In Mind" and "You'd Be So Nice To Come Home To", all done with the righteous Simone flair – plus other lesser-known tracks like "Flo Me La" and "Nina's Blues", opened up in the setting with some nice small combo backing!  © 1996-2021, Dusty Groove, Inc.
(180 gram EU pressing on DOL in a gatefold cover.)