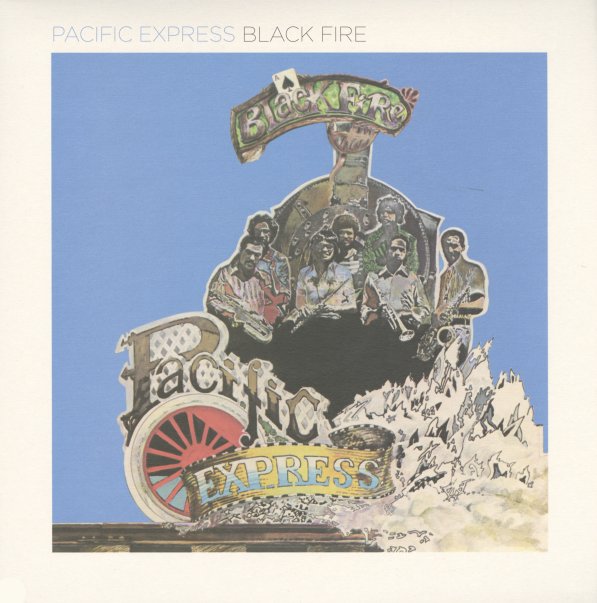 A seminal album from one of the hippest groups going on the South African scene of the 70s – a combo who mixed equal parts electric jazz and R&B, in a mode that's strongly inspired by American groups of the time! The Pacific Express vibe has plenty of echoes of the Earth Wind & Fire sound of the mid 70s, but also has jazzier tones at times – especially on the keyboards, which hit some spacey Stevie Wonder moments on some of our favorite tracks. Other tunes come across with a bit more of a crossover vibe – a style clearly engineered to overcome the racial boundaries in South Africa at the time, and one that helped the group sneak in the back door to fame The jazz component of some of the best tracks is especially high – mixing keyboard and guitar lines next to more biting sax work – and players in the group include Basil Coetzee, Robbie Jansen, and other luminaries who went onto solo fame in later years. Titles include "Feelings", "Brother", "Sky Ride II", "Black Fire", "Love Your Baby Right", "You're Everything", and "Windsong".  © 1996-2022, Dusty Groove, Inc.