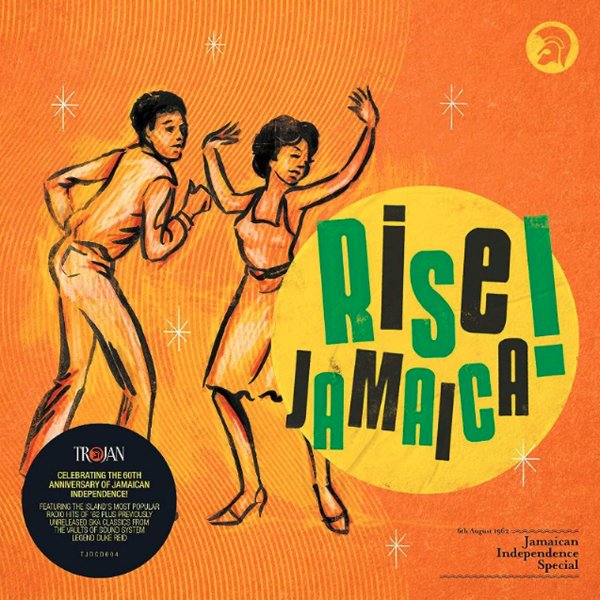 Also available
Various — Rise Jamaica – Jamaican Independence Special (green & yellow vinyl pressing) ... LP 34.99
A set of tracks brought together in celebration of 60s years of independence for the nation of Jamaica – music from a key moment when the new sounds of the scene were really starting to take off – the formative years for so much that we came to know in rocksteady, reggae, and beyond! Some of these tracks are clearly celebratory of the new political order on the island, others are a bit more personal – and there's a great sense of play going on throughout, with one half of music pulled from radio hits of 1962, the other from Duke Reid dubplates of the same year! Titles include "I'm Gone" by Cosmo & Dennis, "Straight Home" by Stranger & Ken, "Herring Bone" by Duke Reid All Stars, "Good Morning" by Lloyd Clarke, "Midnight Track" by Owen Gray, "Housewife's Choice" by Derrick & Patsy, "Independent Jamaica" by Lord Creator, "Duck Soup" by Drumbago's All Stars, "My Happy Home" by Roy Panton & Patsy Todd, "Twelve Minutes To Go" by Don Drummond's Group, "Forward March" by Derrick Morgan, "Miss Jamaica" by Jimmy Cliff, and "Independence Time Is Here" by Al T Joe.  © 1996-2022, Dusty Groove, Inc.