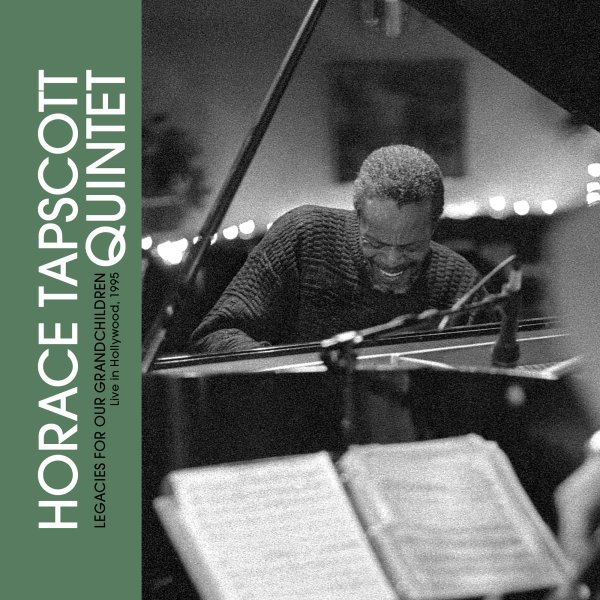 Legacies For Our Grandchildren – Live In Hollywood 1995

Unreleased live work from spiritual jazz legend Horace Tapscott – a record that's every bit as soulful as some of his classics, but nicely different too – in a way that really demonstrates the overlooked legacy that has finally been getting his music the attention it deserves in recent years! Tapscott works here with a very rhythmic quintet that includes Michael Session on soprano, alto, and tenor – plus Thurman Green on trombone, Fritz Wise on drums, and the great Roberto Miranda on bass – a player whose energy really seems to touch every single track, with a pulsating sense of life that really makes the record sparkle! There's a bit less out and a bit more modal vibe to the music – and the record also features some early work by singer Dwight Trible, whose magnificent voice is a very welcome addition – on titles that include "Motherless Child", "Ballad For Deadwood Dick", "Breakfast At Bongos", "Close To Freedom", and "Little Africa".  © 1996-2022, Dusty Groove, Inc.