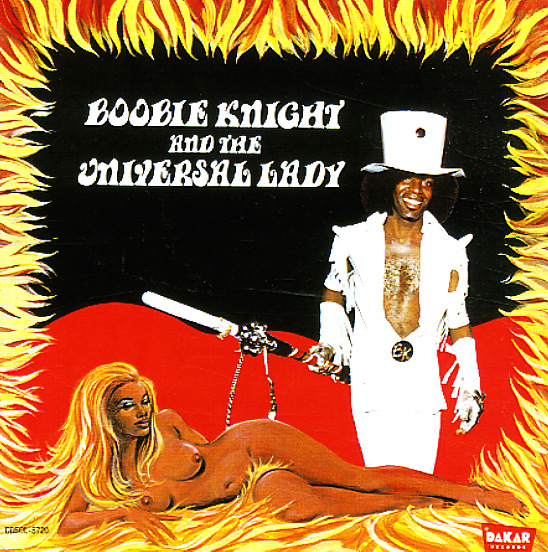 Crazy funk from a crazy-costumed geezer with an equally crazy name – one of those lost rare funky nuggets that's every bit as great as you might guess from the cover and title! Boobie Knight's a killer here – and works in a groove that's somewhere between Sly & The Family Stone and The Jimmy Castor Bunch – with all the freaky, fuzzy touches that reference might imply! His group has a definite guitar-heavy sound that's a bit blunted, and a bit trippy at times – but which also has a nice soulful edge at it's best moments – a sense of focus that gives the record more of a groove than other records of this nature from the period. The band here includes vocals by Al Johnson (who may well be the same Al Johnson who went onto later mellow soul fame) – and titles include the crazy "Earth Creature", plus "The Lovomaniacs", "Power Greater Than Man", "Feeling My Cheerios", and "Woman Will Make You Love".  © 1996-2022, Dusty Groove, Inc.

Love Makes A Woman (with bonus track)
Brunswick/Solid (Japan), 1968. New Copy
CD...$16.99 19.99
Barbara Acklin's first album – and a landmark of Chicago soul that firmly established Acklin as one of the city's best writers and new female singers! Acklin had a classy sound that was different than some of her raw soul sisters in the city – but although she was classy, she also didn' ... CD

Seven Days Of Night
Brunswick/Solid (Japan), 1969. New Copy
CD...$16.99 19.99
An excellent second album by Barbara Acklin – and a perfect demonstration of her really unique Chicago soul talents! Acklin's really at the cusp of two generations here – at one level still with some of the sweetness of the earlier style of 60s girl soul, but at another full of the ... CD