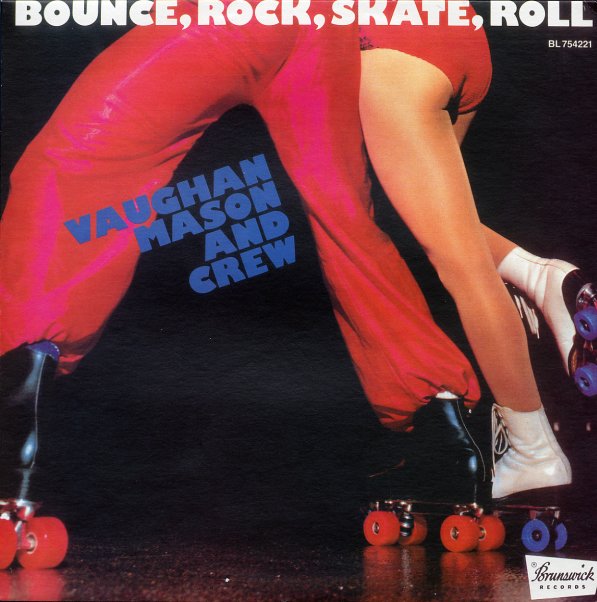 Also available
Vaughan Mason & Crew — Bounce, Rock, Skate, Roll ... LP 29.99
Massive! This is probably the best-ever album of rollerskating grooves – and is the most famous entry into a short-lived funk genre that sprung up around the rollerskating craze of the late 70s and early 80s. The rollerskate sound took a tight stepping funk groove from earlier years, and mixed it with the extended instrumental style of club music – creating a sound that was a mix of funk and disco that worked perfectly for skating around a track, and which had a huge influence on the beat of early hip hop. The centerpiece of the album's the massive sample track "Bounce, Rock, Skate, Roll" – an instantly recognizable number that features tight vamping guitar and good choppy rhythms. The cut's offered up here in 2 parts – and the rest of the record's just as great, with titles that include "Roller Skate", "We're Gonna Funk You Up", and "Thinking About You Baby". CD features some great bonus tracks – the 12" version of "Bounce Rock Skate Roll (parts 1 & 2)", plus "Jammin Big Guitar" and "Rockin Big Guitar".  © 1996-2022, Dusty Groove, Inc.

Love Makes A Woman (with bonus track)
Brunswick/Solid (Japan), 1968. New Copy
CD...$16.99 19.99
Barbara Acklin's first album – and a landmark of Chicago soul that firmly established Acklin as one of the city's best writers and new female singers! Acklin had a classy sound that was different than some of her raw soul sisters in the city – but although she was classy, she also didn' ... CD