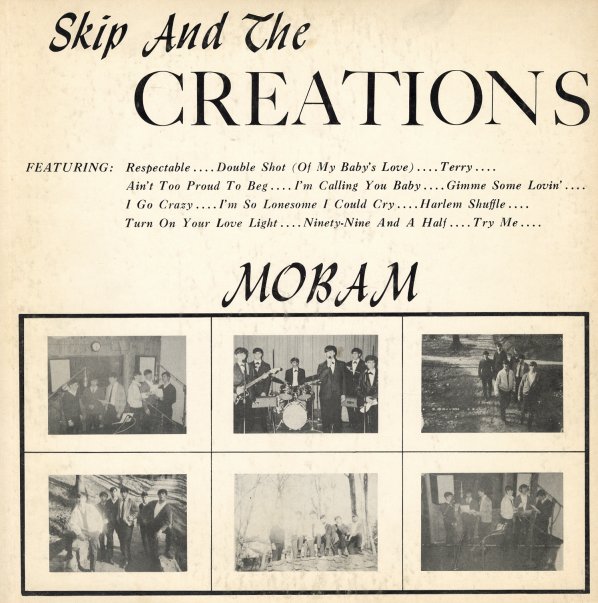 Rare private garage rock out of Virginia – includes "Respectable", "Harlem Shuffle", "Ninety Nine And A Half", "Double Shot", "Turn On Your Love Light", "Gimme Some Lovin", and more.  © 1996-2022, Dusty Groove, Inc.
(Original gold label pressing! Vinyl has some rough looking surface marks on Side B but still plays well overall. Labels have smudges and some dark aged spots. Cover has some discoloration from age and half split seams.)