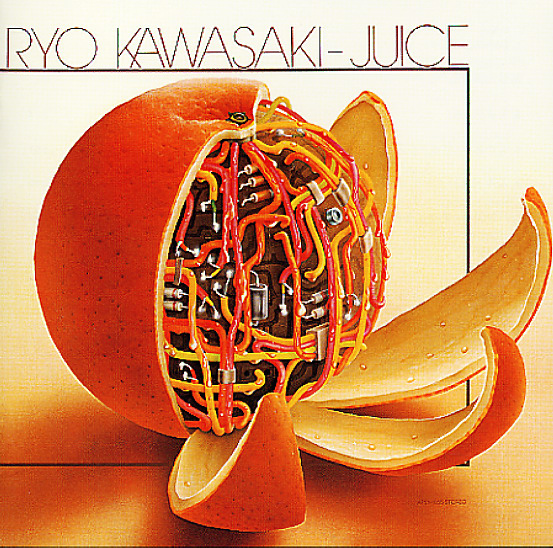 Also available
Ryo Kawasaki — Juice ... LP 27.99
One of the few American releases by this legendary Japanese fusion artist – and a pretty funky little record as well! Ryo Kawasaki plays lead guitar and the very cool "string synthesizer" on the set – making for a sweet mix of electric grooves that has some really great spacey touches! Tracks have a core funky base at the bottom – grooving in a mode that's tight, but never too slick – and which allows just the right amount of space to make the album work in equal parts electric jazz and funky fusion. The whole thing's great, and tracks include the great sample cut "Bamboo Child", the nice break cut "Raisins", plus other nice groovers like "East Side Boogie", and "El Toro".  © 1996-2023, Dusty Groove, Inc.