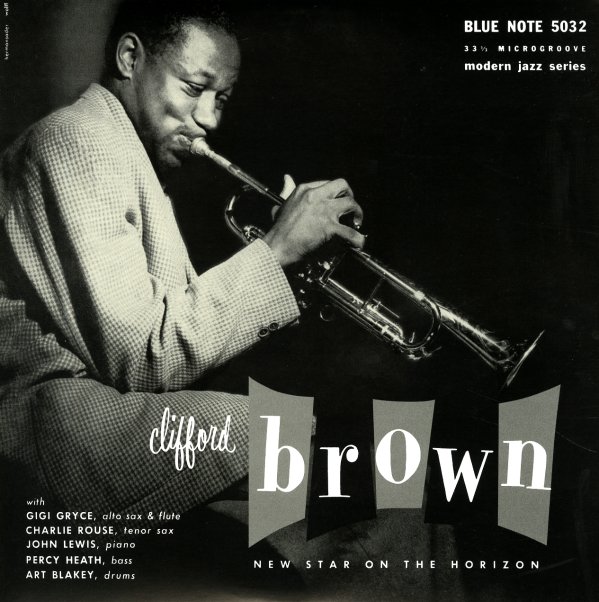 New Star On The Horizon

Sublime early work from Clifford Brown – one of his few sessions recorded for Blue Note, presented here in the years before the material was issued as a "memorial" after his early death! Gigi Gryce is in the sextet here with Clifford, playing both alto and flute, and bringing a real modern edge to the session – a style that makes great use of Brown's tone, and is a direction we would have liked to hear more of had he not been taken from us so early. Other players include John Lewis on piano, Charlie Rouse on tenor, and Art Blakey on drums – and titles include "Wail Bait", "Minor Mood", "Hymn Of The Orient", and "Brownie Eyes"; plus an entire side of bonus tracks.  © 1996-2022, Dusty Groove, Inc.
(180 gram EU Doxy/Down At Dawn pressing.)

Brownie Eyes
Blue Note, Early 50s/1974. Near Mint-
LP...$16.99
A well-done 70s album that compiles some of Clifford Brown's best moments for Blue Note – including sides that were recorded under the leadership of JJ Johnson and Lou Donaldson, plus a few from sessions under Brown's own name. Titles include "Wail Bait", "Hymn Of The ... LP, Vinyl record album