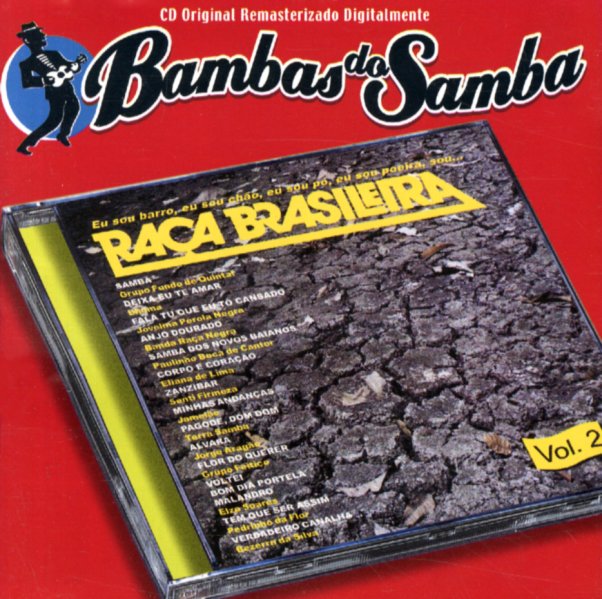 The second volume in Som Livre's series of samba tracks – featuring a selection of tunes that rework a classic samba sound into a modern groove that shows the evolution of the genre within popular audiences in Brazil. It's tracks like this that demonstrate how and why the samba's stayed alive through the past two decades – when more traditional styles in other countries have gone by the wayside – and the set shows the way that older samba playing and singing is mixed with popular instrumental elements in a more modern tone. Titles include "Anjo Dourado" by Banda Raca Negra, "Samba" by Grupo Fundo De Quintal, "Deixa Eu Te Amar" by Dhema, "Flor Do Quere" by Grupo Feitico, "Alvara" by Jorge Aragao, "Pagode Dom Dom" by Terra Samba, and a pot-pourri of tunes by Elza Soares. 14 tracks in all.  © 1996-2022, Dusty Groove, Inc.
(Out of print.)