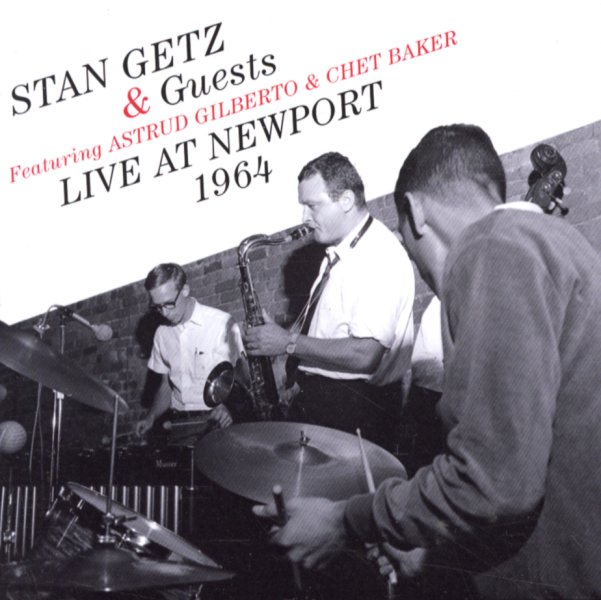 Fantastic Stan Getz material from the 60s – a beautiful live set recorded right around the same time as Stan's Getz-A-Go-Go album – and, like that one, also features great vibes from Gary Burton and a bit of guest vocals from Astrud Gilberto! The main focus is on Stan's core sound with the group – those tremendously open lines that he started to blow in the post-bossa years – from this really under-recorded time in his career, with a sound that most folks didn't hear fully until his classic Sweet Rain album a few years later. In addition to Burton, the core group also features Gene Cherico on bass and Joe Hunt on drums – and on a few of the final tracks, Chet Baker plays some guest flugelhorn. Astrud sings on "Girl From Ipanema" and "Eu E Voce" – and other titles include "Stan's Blues", "Sweet Rain", "Nix Pix Flix", "Waltz For A Lovely Wife", "Tonight I Shall Sleep", "Singing Song", and "I Waited For You". CD adds two bonus tracks from 1970 recorded in Sweden and featuring Bobo Stenson on piano.  © 1996-2022, Dusty Groove, Inc.
(Out of print.)

Out Of Nowhere – Dear Old Stan Getz Vol 2
Marshmallow (Japan), Late 50s/Early 60s. Used Gatefold
CD...$28.99
Great overseas material from Stan Getz – tracks that echo some of his work on the Stan Getz At Large album from Sweden, but which also take off nicely in other directions as well! The first half of the set features Stan blowing tenor with piano from Swedish genius Jan Johansson, plus rhythm ... CD