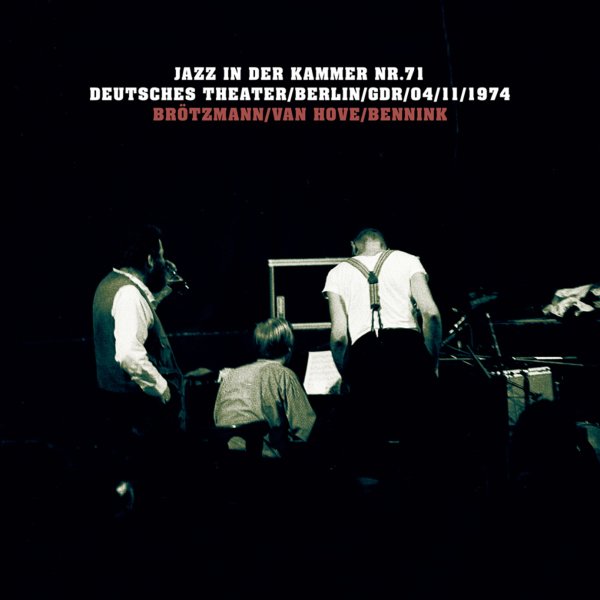 Also available
Peter Brotzmann/Fred Van Hove/Han Bennink — Jazz In Der Kammer No 71 ... CD 17.99
A really dramatic live performance from these free jazz giants – three musicians who really know each other well, but who seem to come off with an even more majestic sense of power here! The performance is from 1974, and it burns with energy right from the start – this sense of inventiveness as if all three players had already mastered their instruments, yet were also surprising themselves during performance with new aspects they had just discovered – a freshness that comes through note after note after note – and in plenty of sounds that aren't notes either! Brotzmann blows alto and tenor, Fred Van Hove plays piano, and Han Bennink nearly destroys his drum kit – on titles that include "Filet Americain", "Involved", "Boogie For Fred", "Der Mammutzahn Aus Balve", and "Schwarzspect".  © 1996-2023, Dusty Groove, Inc.
(Please Note – These copies have a very small split on the top seam from shipping.)