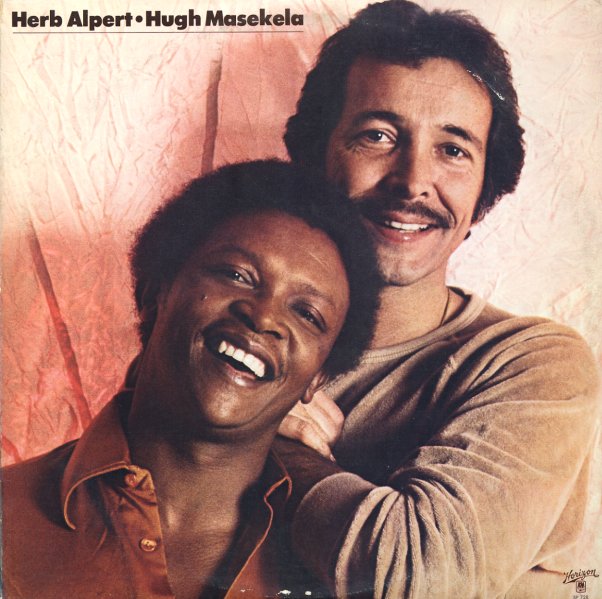 Two top trumpet talents – coming together beautifully on this groovy late 70s set! Both Herb Alpert and Hugh Masekela had a big rise to fame in the 60s – Herb, for his Tijuana Brass albums on A&M – and Hugh, for the way that he brought South African jazz currents to the American soul mainstream! Given that both had strong presence on the Cali scene in their time, the pairing here is a great one – and works well with some larger jazz backings that color things out in a mix of soul, fusion, funk, and some slight South African touches. Other players on the set include Lee Ritenour and Arthur Adams on guitars, Paulinho Da Costa on percussion, James Gadson on bass, and Hotep Cecil Bernard on piano – and titles include "Skokiaan", "Moonza", "Lobo", "African Summer", "Ring Bell", and "Happy Hanna".  © 1996-2022, Dusty Groove, Inc.
(2017 HRB digipack pressing.)

1975 – The Duets (LP sleeve edition)
A&M/Verve, 1975. Used Gatefold
CD...$8.99
Excellent mid 70s duet jazz from pianist Dave Brubeck & alto Paul Desmond! Duets 1975 is a nicely laidback work from the duo – playing here with no other accompaniment, in a spare set of material that's incredibly fragile and intimate – and all the better for that. The move is a ... CD

Golden Number
Horizon/A&M, 1977. Used
CD...$19.99
A spare set of duets that follows closely in spirit to Charlie Haden's Closeness album for A&M – and like that record, a set of well-chosen reunion duets with key figures from his past! The album features 4 long tracks – each based around a different performer set next to Haden's ... CD

Caliente
A&M, 1976. Used
CD...$3.99
One of Gato Barbieri's later recordings – but don't hold that against it! The set's a smoother effort than most of Gato's earlier work, but it's also still pretty darn soulful – done in a way that allows plenty of space for his raspy reed work on tenor to flow over the top of larger ... CD