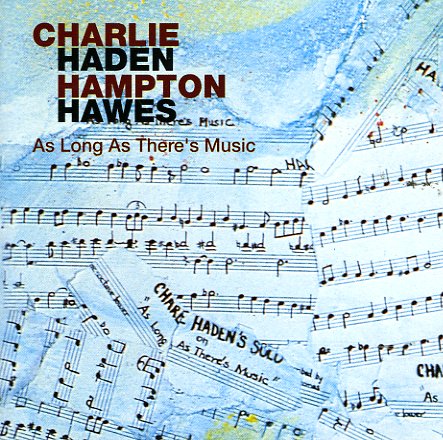 As Long As There's Music (with bonus tracks)

Also available
Charlie Haden & Hampton Hawes — As Long As There's Music ... CD 24.99
Spare duets between Charlie Haden and Hampton Hawes – just bass and piano, with nothing else to hold them up – presented here as a wonderful illustration of the mature, sophisticated talents both artists had developed by the 70s! Hawes had really learned how to spin out a special kind of longform magic as the 60s turned into the new decade – and here, it's great to hear that approach without any drum in the group at all – as the tracks are long and wonderfully introspective, and offer up some beautifully moody work from Haden on bass. Titles include "As Long As There's Music", "This Is Called Love", "Hello Goodbye", "Irene", and "Rain Forest". CD features bonus alternate takes of "As Long As There's Music" and "Irene".  © 1996-2023, Dusty Groove, Inc.
(Ultimate HQ CD pressing!)