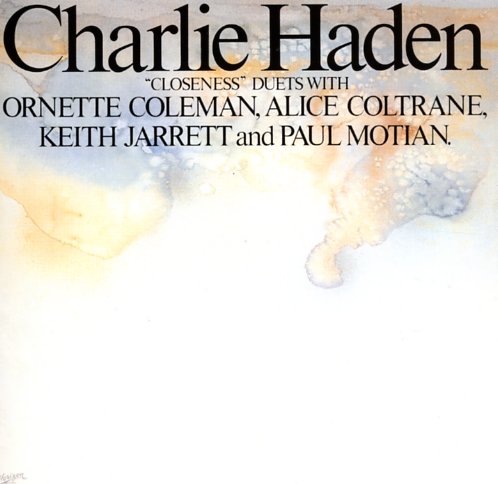 Charlie Haden has made many wonderful albums over the years, in many different formats, both large and small – but this set holds a really special place in our heart, as it's got this close-up and intimate approach that really shows the world what a special musician Haden can be! Each track on the album is a duet – one with Ornette Coleman on alto, one with Keith Jarrett on piano, one with Alice Coltrane on harp, and the last with Paul Motian on drums – on long tracks that feature some really magical interplay between the musicians. The spare format is an extremely wonderful showcase for Haden's expressive bass work – and the intimacy of the tracks is different from some of the ECM recordings made during the same stretch – as the feel here is less a muted exploration of sound than it is a deeply personal interaction with some of the best talents of his generation. Tracks include "Ellen David", "For Turiya", "OC", and "For A Free Portugal".  © 1996-2023, Dusty Groove, Inc.
(Ultimate HQ CD pressing!)

Golden Number
A&M/Universal (Japan), 1977. New Copy
CD...$18.99 22.99 (LP...$16.99)
Bassist Charlie Haden in a really wonderful mode – stepping out here in a set of spare duets, each with a different hip player on each of the album's four long tracks – a masterful setting not just for his own work as an improviser, but also for the collaborative spirit that's always ... CD