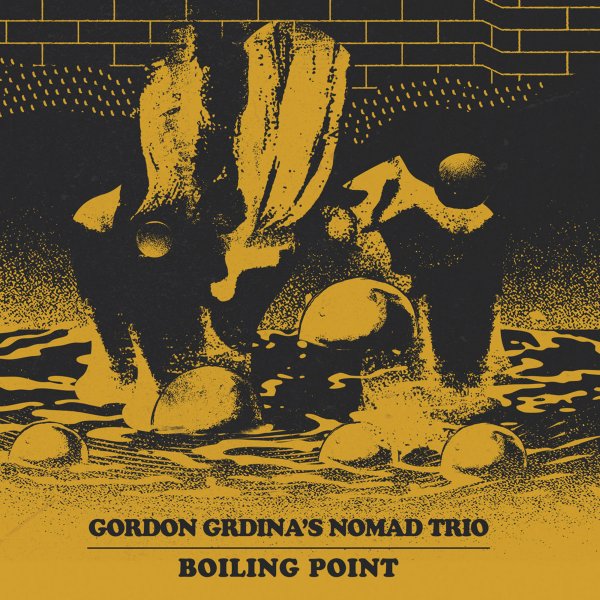 Gordon Grdina's got a way of mixing the flexibility of a jazz musician with some of the tones of a more rock-based guitarist – not riffs and chords, but some of the fuzz and darker tones of that scene – which he uses here in nicely spacious interplay with the drums of Jim Black and piano of Matt Mitchell! The approach makes for a record that's very different than any sort of guitar trio album you might be expecting – not entirely free improvisation, but with a spirit and sound that's all its own – especially when Grdina brings in a bit of his work on oud! Titles include "Koen Dori", "Parksville", "Shibuya", "Cali-lacs", and "Boiling Point".  © 1996-2022, Dusty Groove, Inc.

Thollem's Astral Traveling Sessions With Hafez Modirzadeh
Astral Spirits, 2021. New Copy
CD...$8.99 14.00
A set that's billed as "a sonic Palette of eight re-tuned pitches for piano and saxophone" – and which comes across as a series of beautiful duets between Thollem on piano, and Hafez Modirzadeh on alto and tenor sax! The work often feels more compositional than improvisational ... CD

Ritual & The Dance
Astral Spirits, 2021. New Copy
CD...$8.99
A fantastic pairing of players – two Chicago legends, both in the sort of setting that really suits them best! Roscoe Mitchell works here on two long improvisations with drummer Mike Reed – blowing a variety of reed instruments, and really taking us back to the groundbreaking work he ... CD