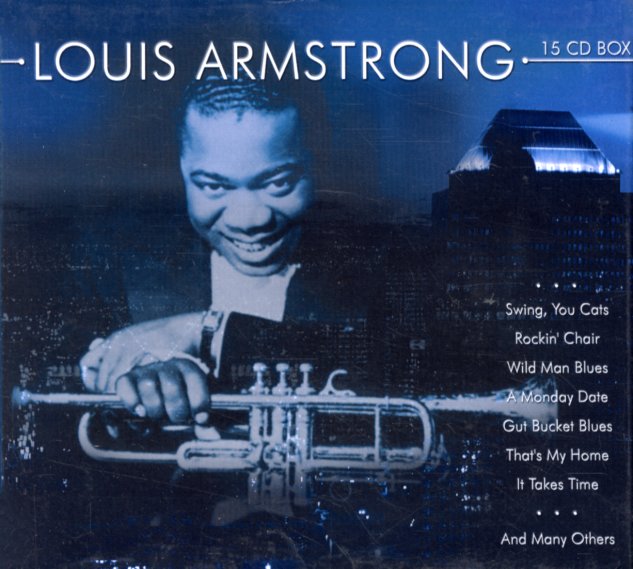 15CD
Out Of Stock

A massive 15 CD set that brings together crucial early Louis Armstrong recordings from the 78rpm era – a whopping 300 tracks on 15 CDs.  © 1996-2022, Dusty Groove, Inc.
(Out of print. Please note the outer box has some splits, two tears at the top, and is missing the portion of the upper flap that would tuck into the case. Still holds all the CDs – just won't stay closed on its own.)

Hello Dolly!
MCA, 1964. Used
CD...$7.99
A key album in the career of Louis Armstrong – one that helped him forge the fourth or fifth great comeback in his career! As you'd guess by the title, the album's built around Louis' hit version of "Hello Dolly" – sung in a mode that at one level stretches back to his roots ... CD