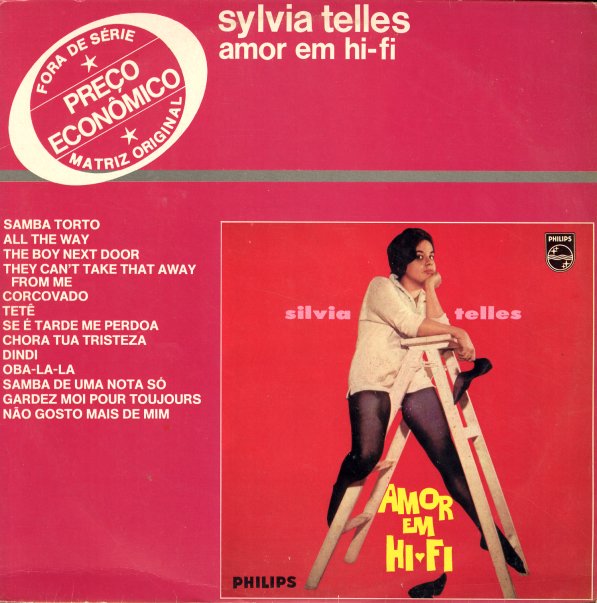 Romantic bossa work from the lovely Sylvia Telles – an album that predates her 60s albums for Elenco, and which almost has an equal amount of jazz in the mix as well! Sylvia was one of the few Brazilian singers of her generation who could work equally well in English as well as Portuguese – and one track here is an extended medley of the American standards "All The Way", "The Boy Next Door", and "They Can't Take That Away From Me" – sung in a lightly jazzy style that's totally great. Other tracks are a mix of bossa standards by Jobim, Roberto Menescal, Joao Gilberto, and others – recorded with backings that are light and sweet, and which sometimes include a bit of harmony vocals in the chorus – a nice touch, and one that gives the record a nice sense of variety! Titles include "Dindi", "Nao Gosto Mais De Mim", "Gardez Moi Pour Toujours", "Samba Torto", "Corcovado", "Tete", "Chora Tua Tristeza", and "Oba-La-La".  © 1996-2022, Dusty Groove, Inc.
(Late 70s pressing.)