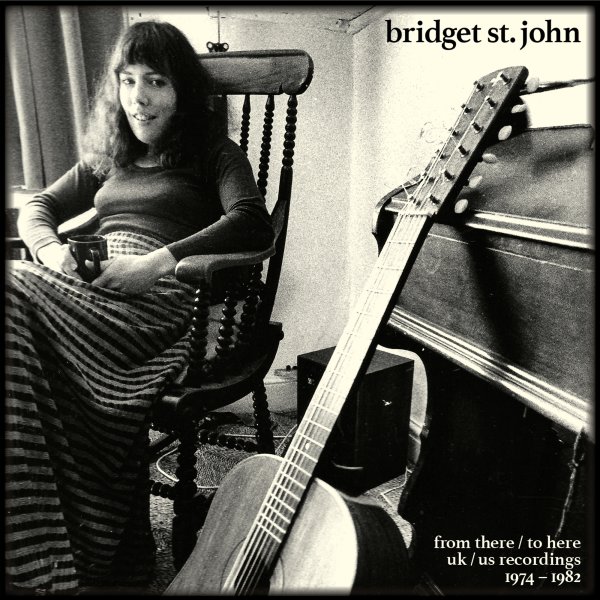 The second chapter in the career of Bridget St John, presented here in all its glory – with one key album, lots more rare material, and even some unissued session tracks too! The set begins with the wonderful album Jumblequeen – post-Dandelion Records work by British singer Bridget St John – an album that's a bit more straightforward than some of her earlier work, but still pretty darn great! Bridget still sings and plays guitar in a relatively folksy way – but there's a tighter focus here than before – a sense of song structure that's really wonderful, and which is delivered with these incredibly haunting vocals that almost remind us of Nico on her first album for Verve – only a bit better! Other instrumentation is often spare – but includes just the right amount of cello, organ, viola, and other lightly-used instruments to flesh out the tunes with sad colors and nicely blue shades. Titles include "Sparrowpit", "Song For The Waterden Widow", "Curious & Woolly", "Want To Be With You", "Last Goodnight", "Long Long Time", and "Sweet Painted Lady". CD1 also features other UK recordings from the time – including "3db Australia", "Bumper To Bumper", "Grow", "Nancy Alice", and "Just Like A Woman (Battered Ornaments version)". Next is the record Take The 5ifth – a set issued in the 90s, but with late 70s/early 80s demo tracks recorded by Bridget on her own, many with a fair bit of piano and keyboards – and contributions from other musicians that make them way more polished than just solo demo tracks. Titles include "Jealous Jailer", "Make Me Whole", "I Need It Sometimes", "Talk To Me", "Manhattan Madhatters", "One Night Wonder", and "Catch A Falling Star". Last up is the most unusual material, as CD3 features New York Sessions from the mid 70s, most of which have never been released, and show Bridget in a really wonderful mode – a bit warmer than her previous UK recordings, but with that edge we always love in her vocals – sometimes getting instrumental help from the team of Jim Mullen and Dick Morrissey. Titles include unusual versions of "Curious & Woolly", "Help Him Through", "Crazy Heart", "Talk To Me", "Sunnyside Up", "Flying For Now", "Moody", "Easy Come Easy Go",a nd "Keep You In Touch".  © 1996-2022, Dusty Groove, Inc.