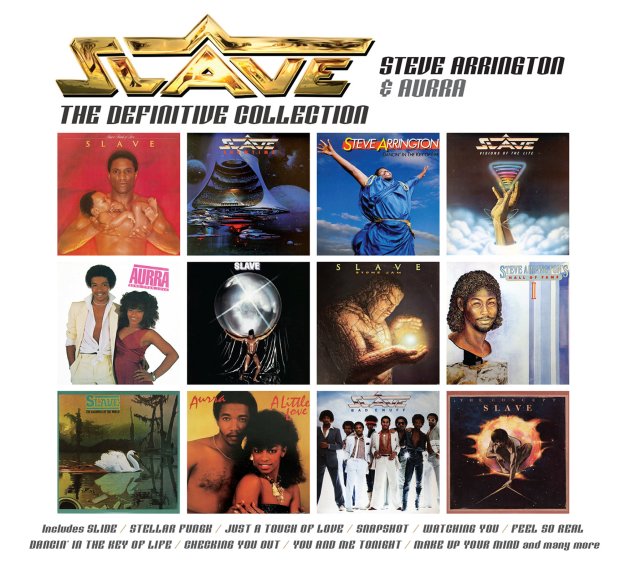 The first-ever group-spanning collection of work from the family of Slave – the late 70s funk powerhouse that was also linked to the group's Aurra and Steve Arrington's Hall Of Fame! The package is heavy on work from Slave – that bass-heavy group who really revolutionized the sound of funk in the late 70s – creating a lean groove that was tight and right on the money, and providing a perfect platform for so many new artists to leap off into the 80s! The group also boasted members Steve Washington and Steve Arrington – the former of whom would launch Aurra, a great funk group famous for their Salsoul Records material – the latter of whom was lead singer Steve Arrington, who'd enjoy a great run under his own name in the 80s! This package brings together a massive amount of greatness from everyone involved – Aurra tracks that include "Are You Single", "Checking You Out", "Make Up Your Mind", "Such A Feeling", and "In The Mood To Groove"; Steve Arrington cuts "You Meet My Approval", "Weak At The Knees", "Feel So Real", and "Dancin In The Key Of Life"; and Slave cuts that include "Slide", "Screw Your Wig On Tite", "Are You Ready For Love", "Stellar Fungk", "Feel My Love", "Shine", "Funky Lady", "Snap Shot", "Party Lites", "Life Can Be Happy", "Great American Funk Song", "Stone Jam", "Sizzlin Hot", "Watching You", "Son Of Slide", "Party Hardy", and "Drac Is Back". 44 cuts in all!  © 1996-2023, Dusty Groove, Inc.