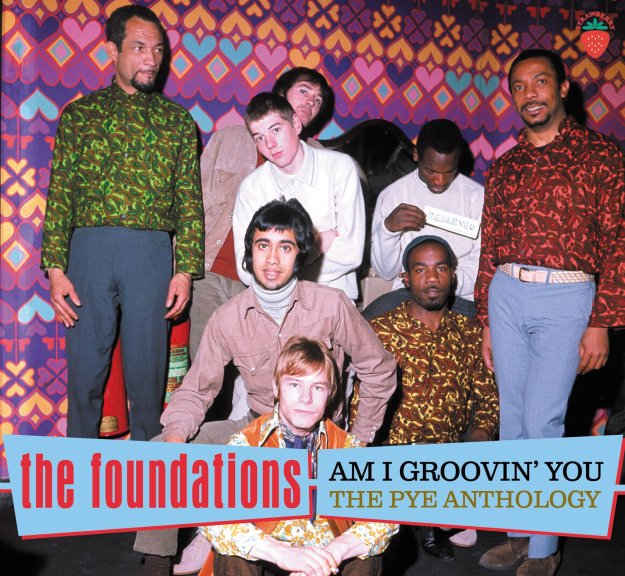 Three rare albums from The Foundations – plus a heck of a lot of bonus material too, including solo work by singer Clem Curtis! First up is the From The Foundations album, in both mono and stereo – fantastic early work from this UK group – one who have a wonderful way of blending together elements from soul and rock, in a soaring style that made them a hit on both sides of the Atlantic! Lead singer Clem Curtis is fantastic – with this raspy charm that wins us over right out of the box – a very human, honest quality that brings a hell of a lot of life to the catchy tunes of the group! Titles include "Baby Now That I've Found You", "Hold Me Just A Little While Longer", "Mr Personality Man", "Show Me", "Jerking The Dog", "Writings On The Wall", and "Love Is A Five Letter Word". Next is the album Digging The Foundations – great second album, and one that's got the group working with a really strong batch of unusual material, and sounding every bit as great as before with their new lead singer Colin Young! At times, there's maybe even more of a soul vibe than before – and Young's got this really appealing style that works well with the stepping groove of the group – almost a maturation of the sorts of soul rhythms that were playing big on the Carolina scene, taken into headier territory! Titles include "Solomon Grundy", "That Same Old Feeling", "In The Bad Bad Old Days", "Till Night Brought Day", "Waiting On The Shores Of Nowhere", and "A Walk Through The Trees". Next is the live album Rocking The Foundations – a set that was never fully issued in the US, as only a few of the tracks were thrown on a Uni album. All 12 tracks are here – including "Stop Her On Sight", "Back On My Feet Again", "Love Is All Right", "Harlem Shuffle", "We Are Happy People", "Am I Grooving You", and "Tomorrow". PLUS, 3CD set features lots more bonus tracks – singles that include "Build Me Up Buttercup", "Harlem Shuffle", "Born To Live Born To Die", "Who Am I", "Take A Girl Like You", "In The Beginning", "We Are Happy People", "A New Direction", "It's All Right", "Why Did You Cry", and "Where The Fire Burns". Also features more live material, plus 5 solo tracks by Clem Curtis – and 2 tracks by Colin Young with The New Foundations! 75 tracks in all – and filled with notes on the group and lots of cool vintage images.  © 1996-2023, Dusty Groove, Inc.

We Gotta Sing – The Soul Years 1962 to 1971 (3CD set)
Atlantic/Strawberry (UK), 1960s/Early 70s. New Copy 3 CDs
CD...$29.99 38.99
Way more than just another collection of work by The Drifters – as this 3CD set goes way past all the other greatest hits compilations on the market, and brings together all sorts of wonderful overlooked tracks from their later years on Atlantic Records! At this point, former singer Clyde ... CD