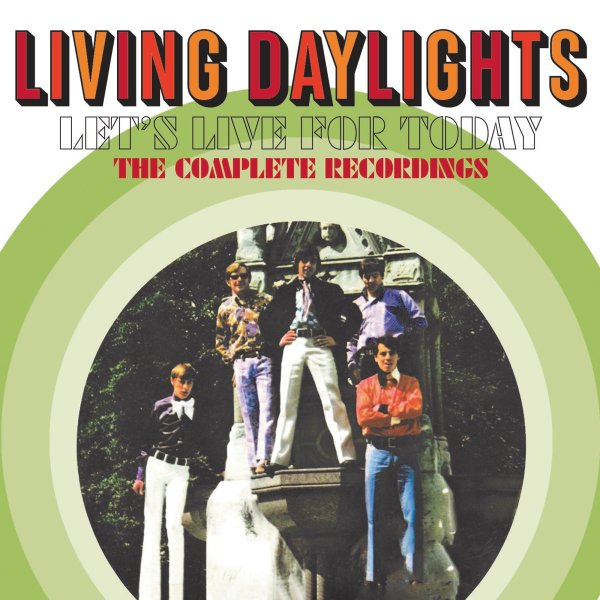 The complete recordings of The Living Daylights – a group who would have been huge, had their big hit not been stolen away from them and served up in a better-circulated version by The Grass Roots! That hit is the title of the set – "Let's Live For Today" – a killer cut that mixes the sweetness of earlier British work with the darker currents that were coming in during the late 60s – a quality that we'd say really marks most of the other material here too – which is beautifully put together – light psych touches on the instrumentation and arrangements, and those great lead vocals from Bob O'Neal, which have a very eerie quality that really fits the mood of the music! There are points when there's a slight SoCal vibe to the music – maybe one reason the Grass Roots grabbed the tune – and in addition to the classic "Let's Live For Today", the group perform a great take on the Zombies tune "Say You Don't Mind", and other cuts that include "Getting Better", "Whatcha Gonna Do about It", "I'll Be Back", "It's Real", "Cos I'm Lonely", "Jane", and "If I Had My Way". CD features the first album in mono, then the shorter stereo album with a different track sequence, and bonus tracks "Baila Maria", "Let's Live For Today (US single edit)", and "Let's Live For Today (Japanese single version)".  © 1996-2022, Dusty Groove, Inc.