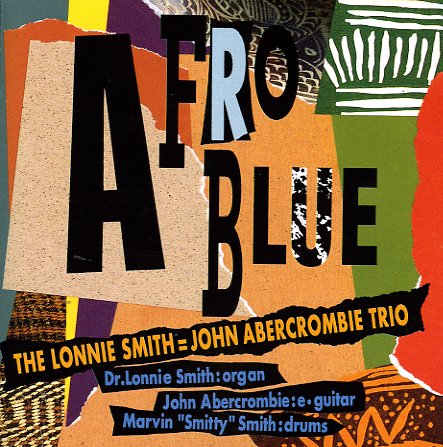 That's Dr Lonnie Smith, to you – grooving greatly here on one of those sweet mid 90s sessions that really returned his organ talents to the jazz-buying public! The group on the date is co-led with guitarist John Abercrombie – a player whose work has graced soul jazz sets over the years, but who's also best known for the airier tones of his ECM recordings – tones that sometimes surface here, but which are then quickly turned into the more focused sounds needed to match Smith's clean lines on the Hammond! There's no bassist at all on the date – Lonnie handles most of that with the organ – drums are by Marvin Smitty Smith. Titles include "Impressions", "Greensleeves", "Afro Blue", and "Bessie's Blues" – all tributes to Coltrane, natch! CD adds in 3 bonus tracks to the original album.  © 1996-2022, Dusty Groove, Inc.
(Out of print – with obi!)