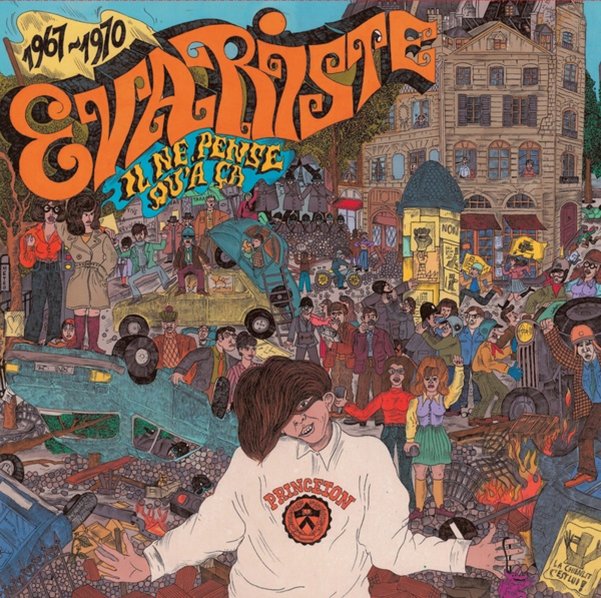 Also available
Evariste — Il Ne Pense Qu'a Ca – 1967 to 1970 ... CD 13.99
Really mad music from the French scene at the end of the 60s – work that's even weirder and more wild than some of the big names of the time – as if someone locked up Pierre Henry, Serge Gainsbourg, and Areski in the studio – and told them to come up with something new and unique! Evariste is a singer who's got a great understanding of modernism, but also often sings with a very primal sort of energy – not afraid to scream and shout when he wants, and very tuned towards the fuzzy guitar, heavy drums, and moody organ on his tunes – some of which was played by the great Eddy Louiss! Michel Colombier helped with some of the arrangements, and the music here also bears hallmarks of his genius in the studio – which makes the whole thing a great overlooked chapter in French music, and one that really ties together so many different stands from the scene. Titles include "Ma Mie", "Les Pommes De Lune", "La Faute A Nanterre", "Evariste Aux Fans", "Je Ne Pense Qu'A Ca", "Je Chante Pour Vous Faire Marcher", and "Dans La Lune".  © 1996-2023, Dusty Groove, Inc.