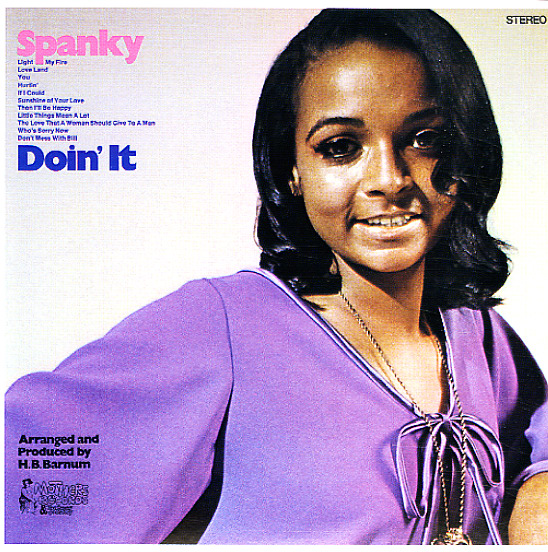 A bit of soul, a bit of jazz, and some nice funky touches at the bottom – a killer little set from the great Spanky Wilson! Wilson's got a really unique place in music – at one level a soul singer with enough sophistication to rival the sound of Marlena Shaw or Nancy Wilson – but at another level, an artist capable of really letting loose – hitting heavier, funkier modes that neither of those singers could ever touch! This set may well be Wilson's masterpiece – put together with excellent production and arrangements from the great HB Barnum – here coming off a great run of work for other artists in the 60s, and focusing all that experience on making Spanky sound great. Titles include "If I Could", "You", "Don't Mess With Bill", "Light My Fire", "Sunshine Of Your Love", "Hurtin", and "The Love That A Woman Should Give To A Man".  © 1996-2023, Dusty Groove, Inc.
(Great Japanese pressing – with obi!)