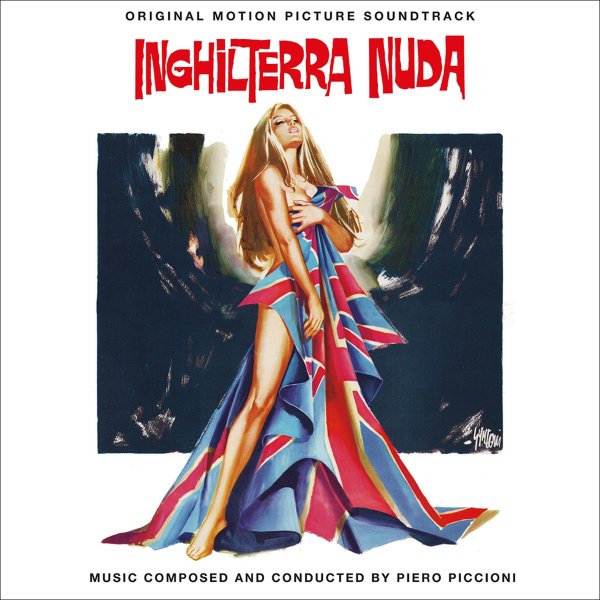 Also available
Piero Piccioni — Inghilterra Nuda ... CD 20.99
Totally groovy work from the legendary Piero Piccioni – a score for an obscure "mondo" documentary about the sad state of culture in late 60s England! The score is probably best known for its very funky "Black Flower" theme – but it's filled with loads of other really wonderful cuts that mix jazzy moments, mod rhythms, and the best late 60s Italian film instrumentation – all in a blend that makes this soundtrack every bit as great as the better-known Fumo Di Londra! And if you don't know that one, it's one of Piccioni's best from the late 60s – a perfect blend of his roots in jazz, his love of bossa rhythms, and his key role in all things groovy that were happening in Italian film in the late 60s. There's plenty of "party" tracks here – "Party Music" and "Drug Party" tracks – plus others titled "Country Mood", "Night Club", "Soho", "Country Shake", "Endless Love", and "Organ Shake".  © 1996-2022, Dusty Groove, Inc.