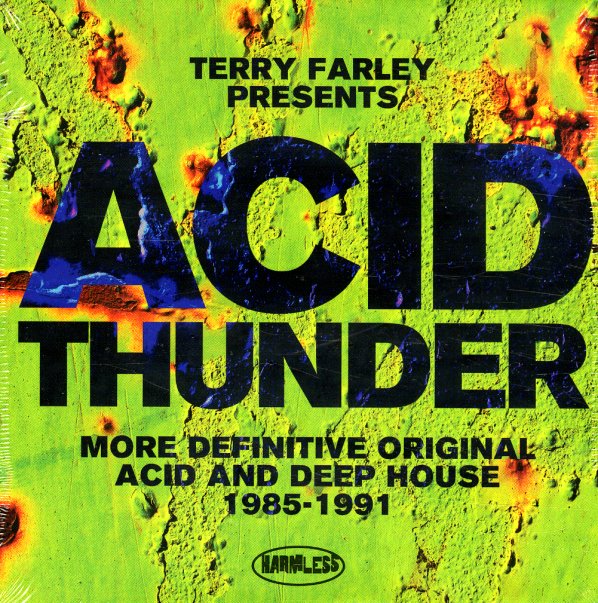 The title sounds like some schlocky 80s thriller, but the set's a massive collection of tracks from some of the greatest years of house music – that late 80s explosion of the acid scene in Chicago, which really led to the global circulation of house sounds at so many different levels! This 5CD package does a great job of tracking the growth and evolution of the music during the late 80s and early 90s – with strong roots in the Chicago scene, then a move to show the range of approaches that broke big on the New York scene as well. The set's thankfully free of the trashy acid house that hit the charts in Europe – and really mostly features better underground work from the indie labels – a total of 58 tracks that includes work from Marshell Jefferson, Liz Torres, Rickster, Mario Reyes, Romance, Paris Brightledge, Master C&J, Steve Poindexter, Nexus 6, Frankie Knuckles, House People, Blake Baxter, Bobby Konders, Joe Smooth, Sterling Voic, Chip E, Mark Imperial, and many others. 5CDs, a special book, and full 12" mixes throughout!  © 1996-2022, Dusty Groove, Inc.
(Out of print and still sealed!)

Brazuca! – Samba Rock & Brazilian Groove From The Golden Years 1966 to 1978
Kindred Spirits (Netherlands), Late 60s/1970s. Used
CD...$9.99
Amazing sounds from one of the greatest periods in Brazilian music – that heady late 60s/early 70s stretch when it seemed like everything was up for grabs – and new genres, new sounds, and new styles were being created all the time! This cooker of a collection focuses on the unique ... CD

Doing It In Lagos – Boogie, Pop, & Disco In 80s Nigeria
Soundway (UK), Early 80s. Used 2CD
CD...$14.99
Damn great work from the early 80s Nigerian scene – music that's evolved strongly past the Afro Funk of the 70s, and often has the same electro soul sound as work from the US at the time! These cuts are unabashedly upbeat, and aimed at the dancefloor – full of the kind of basslines and ... CD