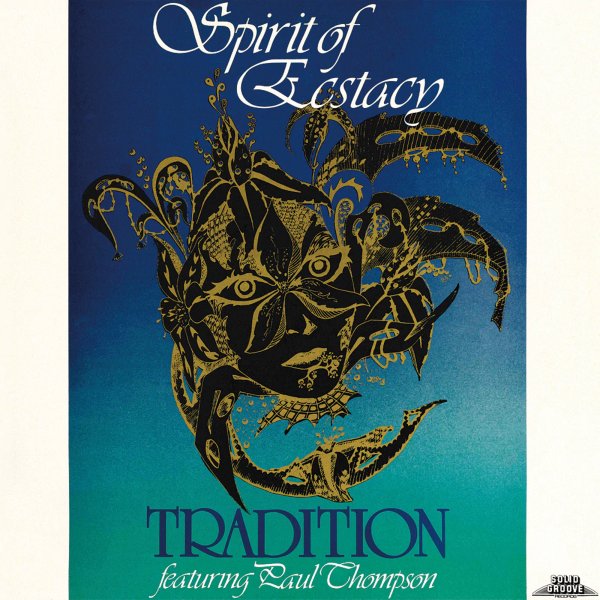 Spirit Of Ecstasy (with bonus track)

Also available
Tradition — Spirit Of Ecstasy (2022 Japan Record Day Release – with bonus track) ... LP 46.99
The final album from Tradition, and a set that's very different than some of their earlier work – but in a way that really makes the record a standout in their catalog! The group here are billed as Tradition Featuring Paul Thompson – and keyboardist Thompson is really the strongest "voice" on the record – stretching out in all these really cool solo lines that are often more moogy than the sort of organ lines you'd hear from Jackie Mittoo or Winston Wright – which gives the record this cool spacey quality that sounds mighty nice, and very different than some of their more soul-based records from a few years before! Production is nice and lean, and the keyboards sound great amidst the mellow-stepping grooves – on titles that include "Tribute To A King", "In Memory Of A Legend", "Over & Over", "Anthology Of Music", "I'm A Clown", and "Return Of Big Foot". CD also features a bonus track – "Can I Take You Home (original 12" version)".  © 1996-2022, Dusty Groove, Inc.