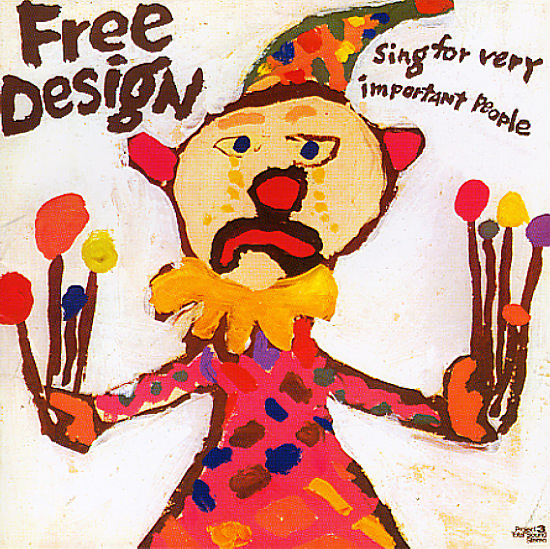 Also available
Free Design — Sing For Very Important People (with bonus tracks) ... CD 9.99
Sunny wonderfulness from one of the grooviest vocal groups of all time! This is Free Design's legendary album for children – referred to in the title as "very important people" – and it's a strangely hip set of tracks designed to get the kids to open up in a groovy late 60s kind of way. Given that the Free Design always sounded like a bunch of hippy kids, the setting is perfect for them – and they dreamily make their way through a great set of nearly all original tracks that sparkle with an innocent charm that's slyly deeper than you'd guess from the kid-orientation of the set! Original titles include "Love You", "Kites Are Fun", "Daniel Dolphin", "Ronda 'Go Round", "Bubbles", "Little Cowboy", and "Scarlet Tree". CD features 2 bonus tracks – both outtakes from "For The Love Of Your Lips", a Chapstick commercial!  © 1996-2022, Dusty Groove, Inc.