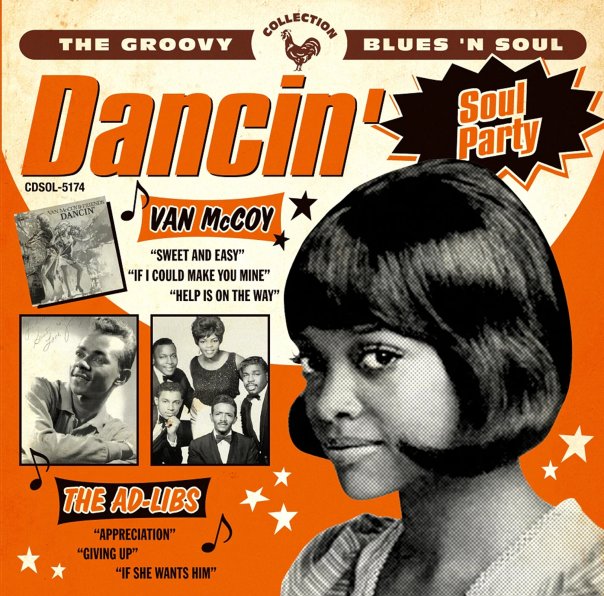 A dancing soul party, but one that's got a nice sort of focus too – not a completely random collection of cuts, but one that features a fair bit of very early work from Van McCoy, and some great group soul too! Unlike a DJ set in the clubs, the collection's got no problem with mixing together a few tracks in a row by certain artists – which does a great job of compartmentalizing the big run of 25 tracks that make up the set – almost all unusual numbers that really keep things interesting! Titles include "Help Is On The Way", "The Woman Who Made Me A Man", "Ain't Got No Love", "Generation Gap", "Back Tracking", "Just Another Dress Rehearsal", and "If I Could Make You Mine" by Van McCoy; "Appreciation", "Giving Up", and "If She Wants Him" by The Ad-Libs – plus "Funky Drop" by The Soul Suspects, "I'm Stuck On You" and "Merry Christmas Baby" by The Poets, "Hold On Baby" and "It Hurts So Bad" by Sam Hawkins, "I'm Your Love Man" and "If Change Don't Come Soon" by The Lost Souls, "When I Fall In Love" by The Imperial Wonders, and "Ain't It Funny What Love Can Do" by Kenny Young.  © 1996-2023, Dusty Groove, Inc.