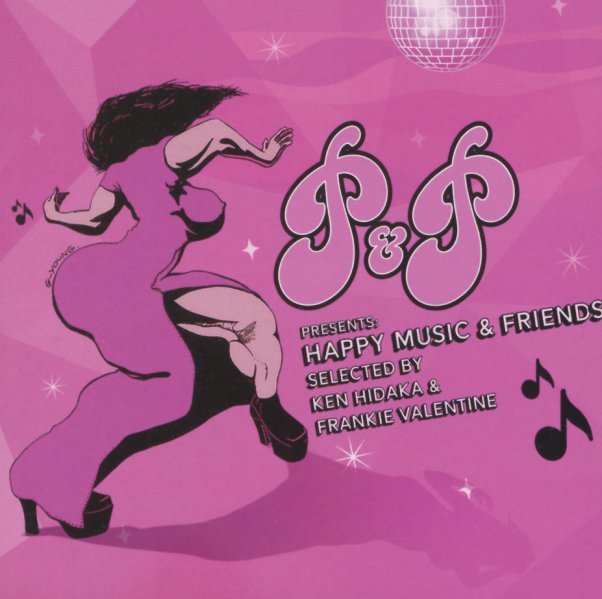 An amazing collection of grooves – all pulled from the legendary P&P Records family of labels from the New York underground – hand-selected by Japanese DJ/collectors Ken Hidaka and Frankie Valentine! If you don't know the P&P groove, this is a great place to start – as the label had a really unique, really wonderful sound – tracks from the disco era, but stripped down to their core – so that the rhythms are really raw, instrumentation is nice and funky, and most of the music has this searing power that's kept the P&P tracks on the hippest of dancefloors for decades! A number of the cuts have really cool electronics, some others bring in some old school modes, and there's an equal balance between vocals and instrumentals that really keeps things exciting. Titles include "I Got You Dancing" by Karisma with Jocelyn Brown, "Ain't It Time (inst)" by Queen Yahna, "Magic Carpet" by High Fidelity, "Pound For Pound" by Le'o Roy, "Spank Me (voc)" by Bobby Mann, "Smooth Talk (inst)" by Mr Fox, "Johnson Jumpin (12" mix)" by Johnson Products, "Got To Get Your Love (voc)" by Clyde Alexander & Sanction, "Death Rap" by Margo's Kool Out Crew, "Dance Freak" by Chain Reaction, "African Rock" by Licky, "Stomp Your Feet & Dance (voc)" by Kim Taylor, "Roller Rink Funk" by Shift, "New York's Movin" by Ahzz, "Shake Off That Dream (disco)" by Eddie Owen, and "Freaktime" by Scott Davis & The Movements.  © 1996-2023, Dusty Groove, Inc.