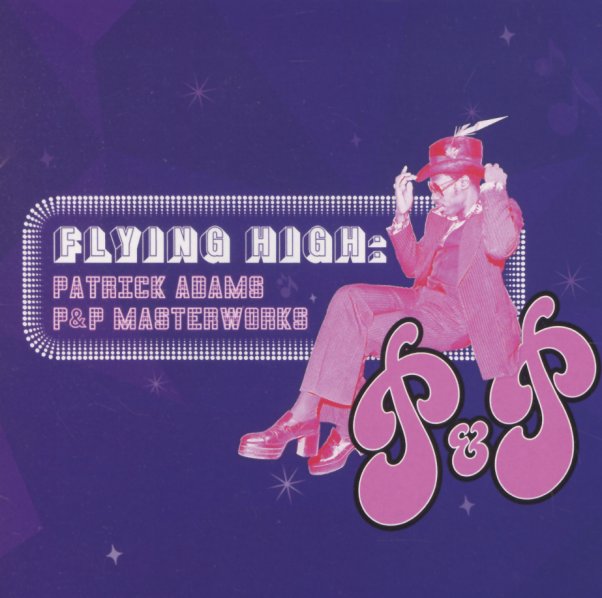 Tremendous grooves from one of the coolest club labels of all time – the legendary P&P family of labels, home to some of the weirdest, wildest, most experimental tracks to ever hit the dancefloor – yet all tracks that are pretty darn funky too! This 2CD collection is heavy on cuts from Cloud One – one of the most well-known P&P acts, often working with weird moogy electronics over funky club rhythms – a combination that still sounds as fantastic now as when Patrick Adams got the group going way back when – especially in the company of some of the other cool cuts that are on the collection too. Cloud One tracks include "Music Funk", "Funky Track", "Disco Juice", "Dust To Dust", "Spaced Out", "Charleston Hopscotch", "Atmosphere Strut (parts 1 & 2)", "Doin It All Night Long", "Jump Jump Jump", "Flying High (part 1)", "Patty Duke", "Don't Let My Rainbow Pass Me By", "Atmosphere Strut (1979 rmx – part 2)", and "Happy Music" – and other tracks include "God's Greatest Gift To Man Is A Woman" by Marie Lomax, "My Baby's Got ESP (orig 7" mix)" by Four Below Zero, "The Guardian Angel Is Watching Over Us" by Golden Flamingo Orchestra, "Dance Dance Dance (disco version)" by Maria Acuna, "God Save & Protect Children" by Margo Williams, "Ain't Gonna Be A Next Time (short version)" by Magnetic Touch, and "It's Rough (dub)" by The Imperial Three.  © 1996-2023, Dusty Groove, Inc.

Spotlight On Maxine Brown (with bonus tracks)
Wand/Octave (Japan), 1964. New Copy
CD...$22.99 26.99
Beautiful material by one of our favorite soul vocalists of all-time – a hell of a singer in the 60s, but one who's never gotten her full due as the years went on – able to be heartbreaking and strong at the same time, with a quality that's still amazing all these many years later! ... CD