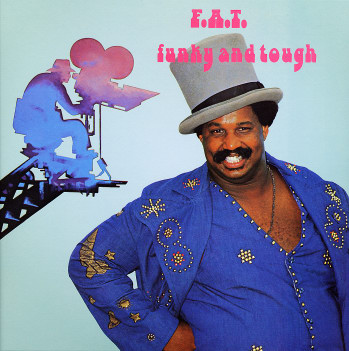 The cover's a silly one, but the record is rock-solid all the way through – a wonderful blend of funky jazz and warmer soul, and a real lost treasure from the 70s TK Records empire! Fat is Fats Gallon – who plays drums on the record, and also sings lead vocals a bit too – with this raspy southern soul style that's a great counterpoint to the smoother sounds on the set! Things get plenty funky and tough throughout – and the small combo lineup ensures that the record steers quite clear of the more commercial styles that were coming out of the Miami scene in the 70s. There's a jazzy inflection to most of the instrumentation, which makes for some compelling changes that have kept this set going strongly with new generations over the years – and the instrumentation includes loads of great guitar and keyboard bits too. Titles include "Doing Bad", "Tip Of My Tongue", "How Can I Explain", "Magician Man", "Life Is A Beautiful Thing", "Satan's Dream", and "Free My Mind".  © 1996-2022, Dusty Groove, Inc.