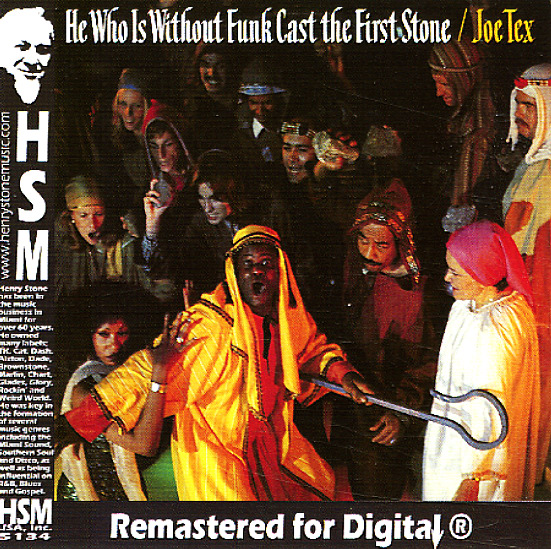 Joe Tex is definitely not without funk on this sweet little set – a smoking TK Records session that carries strongly from the vibe of his "I Gotcha" years! Longtime producer Buddy Killen is still on deck to keep everything tight and right – a mix of Joe's southern soul roots with some sharper elements of the 70s – served up here at a level that may well be one of the most perfect blends of all the great Joe Tex styles – even though the record itself has kind of a hokey title and cover (which seems to have a bunch of white folks, obviously "without funk", ready to throw stones at Tex!) Joe wrote all the lyrics himself, and the few mellow moments have a wonderfully heartbreaking quality. Titles include "Loose Caboose", "Finger Popped Myself Into The Poor House", "How Do You Spell Relief", and "Who Gave Birth To The Funk".  © 1996-2022, Dusty Groove, Inc.

Ripple (with bonus tracks)
GRC/Ultra Vybe (Japan), 1973. New Copy
CD...$22.99 25.99 (LP...$29.99)
One of those funk classics that was a funk classic even back in the days when nobody was talking about funk classics! Ripple were an obscure little group of southern players, and although they later went onto cut a disco record for Salsoul, this first album is still their most enduring legacy. ... CD

Do Your Thing (with bonus tracks)
Brunswick/Ultra Vybe (Japan), 1968. New Copy
CD...$16.99 19.99
A very cool groove from Jackie Wilson – a record that still holds onto all the great vocal range of his roots, but also pushes into a hipper late 60s style that's pretty darn nice! Wilson's really at home in the setting – re-emerging as a more mature, confident singer with a lot better ... CD

Funk Pump (with bonus tracks)
Aware/Ultra Vybe (Japan), 1975. New Copy
CD...$22.99 25.99
A funky funky classic from The Counts – and an album that has the group tightening up their sound from the Westbound years, but still keeping the groove plenty nice! There's a tight, bad-walking feel to most of the cuts on the set – one that almost comes across with a blacksploitation ... CD

Phil Upchurch
Marlin/Ultra Vybe (Japan), 1978. New Copy
CD...$13.99 14.99 (LP...$9.99)
One of the sweetest fusion sets ever recorded from guitarist Phil Upchurch – a set that's less trippy than his earlier albums, but one that more than makes up for that with a tightly soulful groove! Production is by John Tropea and George Benson – and you can definitely hear their ... CD