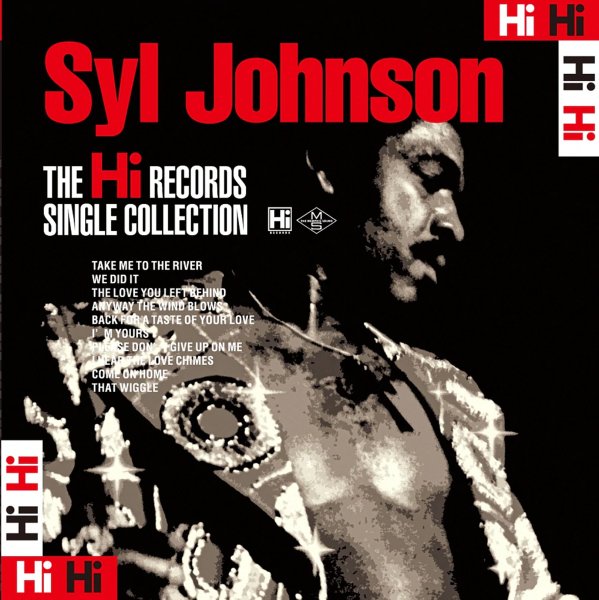 The mighty second chapter of the great Syl Johnson – material recorded for the Memphis soul powerhouse Hi Records – done in the years after Syl had parted ways with Twinight Records! Johnson started out as a rougher, bluesier talent in Chicago – but by the time of these cuts, he'd developed this mature vocal style that was a great fit for the mix of sweet and deep soul styles at Hi – work that maybe didn't get the chart coverage of their Al Green records of the 70s, but which definitely got equal handling in the studio by Willie Mitchell! The package features 28 tracks in all – including non-album cuts that were only ever on 45s, like "Come On Home", "Fonk You", "That Wiggle", "Main Squeeze", "Stand By Me", "Age Ain't Nothing But A Number", "I Wanna Satisfy Your Every Need", and "Anyone But You" – plus other tracks that include "Mystery Lady", "That's Just My Luck", "Bout To Make Me Leave Home", "I Only Have Love", "Star Bright Star Light", "Let Yourself Glow", "Wind Blow Her Back My Way", and "Take Me To The River" – and a cool "Otis Redding Medley".  © 1996-2022, Dusty Groove, Inc.

Ripple (with bonus tracks)
GRC/Ultra Vybe (Japan), 1973. New Copy
CD...$22.99 25.99 (LP...$29.99)
One of those funk classics that was a funk classic even back in the days when nobody was talking about funk classics! Ripple were an obscure little group of southern players, and although they later went onto cut a disco record for Salsoul, this first album is still their most enduring legacy. ... CD

Do Your Thing (with bonus tracks)
Brunswick/Ultra Vybe (Japan), 1968. New Copy
CD...$16.99 19.99
A very cool groove from Jackie Wilson – a record that still holds onto all the great vocal range of his roots, but also pushes into a hipper late 60s style that's pretty darn nice! Wilson's really at home in the setting – re-emerging as a more mature, confident singer with a lot better ... CD

Funk Pump (with bonus tracks)
Aware/Ultra Vybe (Japan), 1975. New Copy
CD...$22.99 25.99
A funky funky classic from The Counts – and an album that has the group tightening up their sound from the Westbound years, but still keeping the groove plenty nice! There's a tight, bad-walking feel to most of the cuts on the set – one that almost comes across with a blacksploitation ... CD

Phil Upchurch
Marlin/Ultra Vybe (Japan), 1978. New Copy
CD...$13.99 14.99 (LP...$9.99)
One of the sweetest fusion sets ever recorded from guitarist Phil Upchurch – a set that's less trippy than his earlier albums, but one that more than makes up for that with a tightly soulful groove! Production is by John Tropea and George Benson – and you can definitely hear their ... CD

Love For Love (with bonus tracks)
Solar/Ultra Vybe (Japan), 1983. New Copy
CD...$13.99 14.99
Love for Love, but still a pretty groove-heavy set too – one that continues the mix of "dancin and romancin" The Whispers served up on their previous album! Side one is heavy on "dancin" – and features some bass-heavy tunes that are very much in the best mainstream ... CD