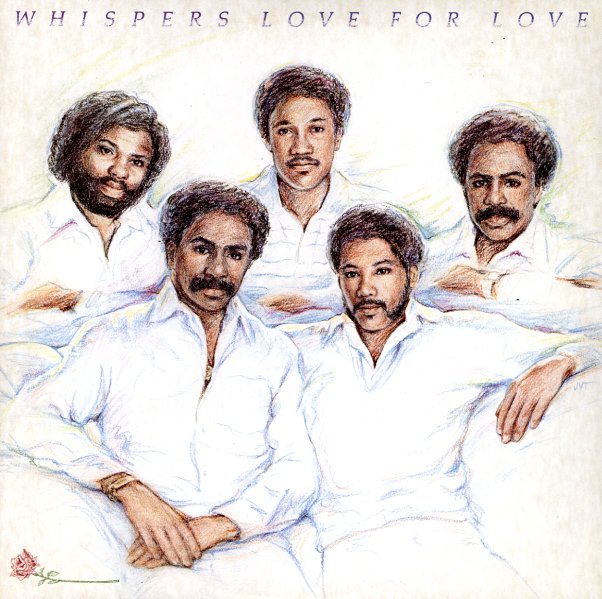 Love For Love (with bonus tracks)

Also available
Whispers — Love For Love ... CD 11.99
Love for Love, but still a pretty groove-heavy set too – one that continues the mix of "dancin and romancin" The Whispers served up on their previous album! Side one is heavy on "dancin" – and features some bass-heavy tunes that are very much in the best mainstream LA soul modes of the time – production by the group and Leon Sylvers, all in a sound that's heavy on basslines and keyboards, but which still has harmonies that are way ahead of most of the group's younger contemporaries! These harmonies come into play even more strongly on the "romancin" side of the record – a batch of ballads that have The Whispers in the mellower territory that first got them started – updated slightly here with an early 80s soul vibe, but sung with proof that the quintet were still at the top of the harmony game. Titles include "Tonight", "Keep On Lovin Me", "This Time", "Had It Not Been For You", "Try It Again", "Lay It On Me", and "Keep Your Love Around". CD features bonus tracks – "Tonight (single)", "Keep On Lovin Me (single)", and "This Time (single)".  © 1996-2023, Dusty Groove, Inc.

Miami Sound
Glades/Ultra Vybe (Japan), 1976. New Copy
CD...$12.99 14.99
Back in the mid 70s, The Miami Sound was a great one – a sweet southern Florida mix of New York disco with some warmer funk touches – made very big by the growing soul empire of TK Records, but maybe done best when served up by one of the more obscure groups on the label! That's ... CD

Shine (with bonus tracks)
Arista/Ultra Vybe (Japan), 1980. New Copy
CD...$13.99 14.99 (CD...$9.99)
Great later grooves from Average White Band – a real gem from the point when the group was settling nicely into a mellow soul vein! By this point, the combo wisely realized that they couldn't keep things going forever as a funky group – so they laid back and fell into their second ... CD