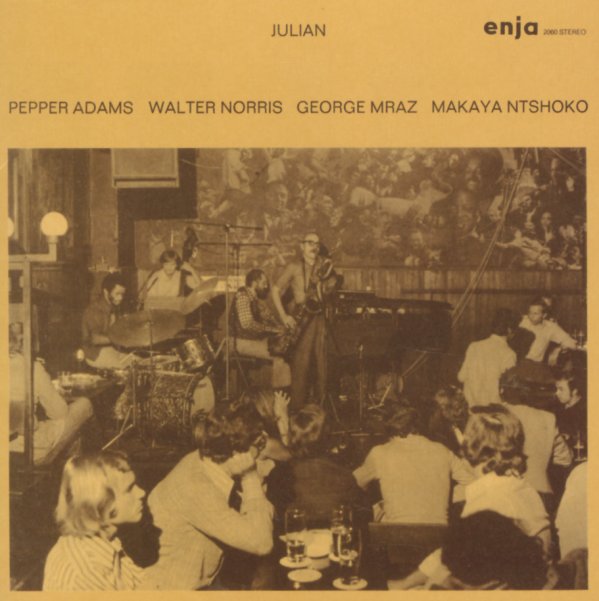 Genius work from Pepper Adams – one of those players we sometimes forget about, then drop the needle on a record like this and fall in love with his music all over again! Adams blows baritone sax like nobody else – with a sensitivity that you'd normally hear on tenor, and a mix of modes that should have made him one of the most respected saxophonists of his generation – something that maybe didn't happen because of his unusual horn! Yet although big, there's nothing heavy about the way Pepper handles his horn – as you'll hear especially on the few ballads – and as usual for Adams, his choice of a group is great too – a sharp lineup with Walter Norris on piano, George Mraz on bass, and Makaya Ntshoko on drums. Titles include "Julian", "Ad Astra", "Jirge", "Spacemaker", and "Three & One". CD features two bonus tracks – "Time On My Hands" and "Lady Luck".  © 1996-2022, Dusty Groove, Inc.