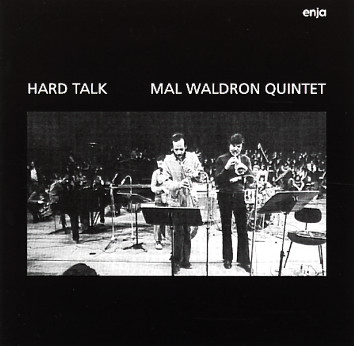 Hard talk, and lots of heavy sounds from the great Mal Waldron – heard here in a set that may well be one of his greatest moments of the 70s! The album's a key illustration of Waldron's power on the European scene of the time – and it's noteworthy not just for Mal's bold vision as a leader, but also for key contributions from Steve Lacy on soprano sax and Manfred Schoof on trumpet! Both artists really bring a lot to Waldron's music – filling up the long tracks with voices that are as powerful and righteous as the leader's own – spurred on by some great rhythm work from Isla Eckinger on bass and Allen Blairman on drums. Recorded live, with a great sense of energy – and titles include "Snake Out", "Hard Talk", "Russian Melody", and "Hurray For Herbie".  © 1996-2023, Dusty Groove, Inc.