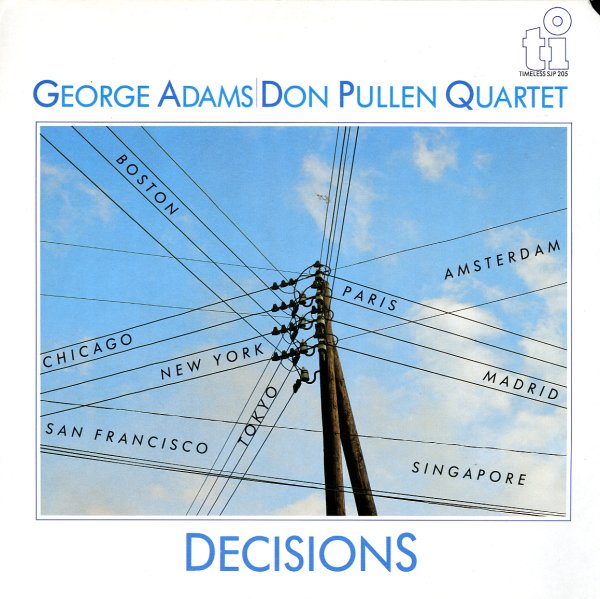 One of those key records that has George Adams and Don Pullen reinventing expectations of jazz for the 80s – both musicians with plenty of ear for the outside, but also coming back home with a well-rounded, deeply-rooted approach that's crucial in taking the American jazz legacy another step forward! Like some of their similar contemporaries, who could also be avant at times, and straight at others – Adams and Pullen have no concern with setting themselves in one camp or another – and not only flesh out the spirit of the record with both of those aspects of their playing, but also have some surprisingly bluesy undercurrents at times. The group features George Adams on tenor, Don Pullen on piano, Cameron Brown on bass, and Dannie Richmond on drums – and titles include "Decisions", "Triple Over Time", "I Could Really For You", "Message Urgent", and "Trees & Grass & Things".  © 1996-2023, Dusty Groove, Inc.