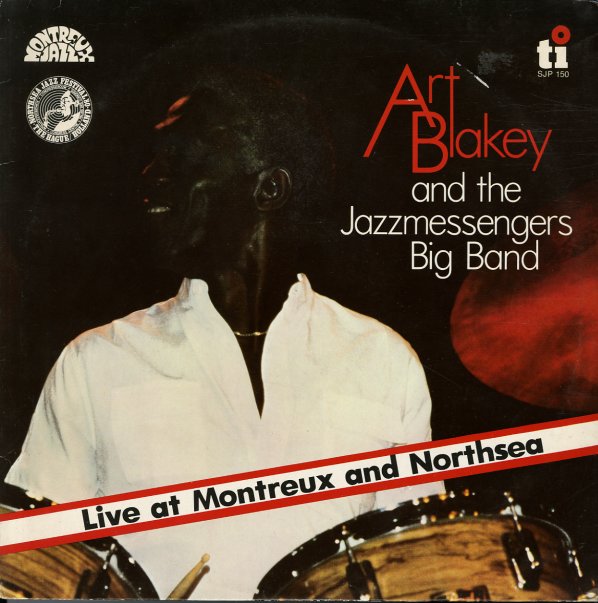 A beautiful big band set from the great Art Blakey – but one that's got all the sharp focus of his small group sides by the Jazz Messengers! The lineup here is a great one – that very vibrant early 80s version of Blakey's group with Bobby Watson on alto sax, Bill Pierce on tenor, and James Williams on piano – augmented by Kevin Eubanks on guitar, Valerie Ponomarev on trumpet, and the Marsalis brothers rounding out the set with some extra horn work! The sound is strong and proud, and handled by Blakey with a tightness that's similar to his smaller group work of the time – but with a power that's simply incredible – especially when Watson's presence is made known on his tunes "Wheel Within A Wheel", "Linwood", and "Bit A Bittadose". Also features a take on Williams' "Minor Thesis".  © 1996-2023, Dusty Groove, Inc.

Woga
Mainstream/Solid (Japan), 1972. New Copy
CD...$12.99 16.99
Sweet organ lines, heavy drums, and a great little groove throughout – a tight batch of groovers from the mighty Charles Kynard! The keyboardist is in fine 70s form here – stepping away from the sparer sound of his albums for Prestige with a fuller style for Mainstream Records – ... CD

Secret Love
Timeless/Ultra Vybe (Japan), 1977. New Copy
CD...$12.99 16.99
Pianist Tete Montoliu gets some Cedar Walton backing here – in a trio with Sam Jones on bass and Billy Higgins on drums – both musicians who really make the record stand out from the pack! Tete himself is at the peak of his powers – able to play with this commanding sense of ... CD

Guerilla Band
Mainstream/Solid (Japan), 1970. New Copy
CD...$12.99 16.99
Electric piano genius from Hal Galper – one of his best non-acoustic albums ever, and a set that's filled with moody colors and changes! The album's a fair bit more dynamic than some of Galper's other albums from the 70s – with horns from the Brecker Brothers, guitar from Bob Mann, and ... CD