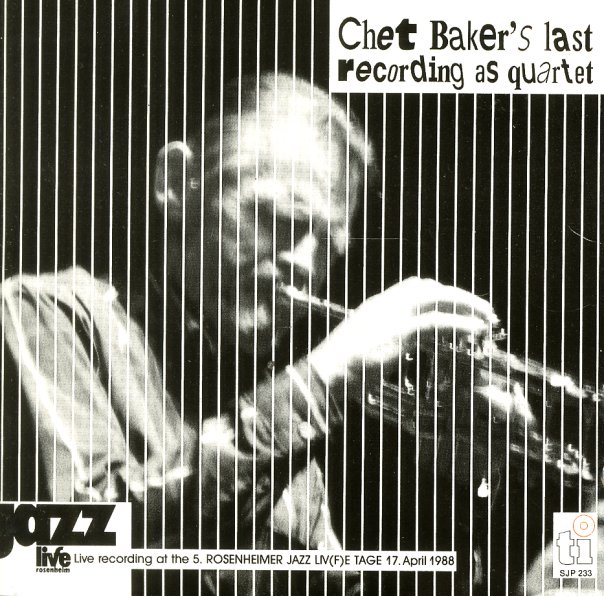 The last-ever Chet Baker recording with a quartet – and a set that shows just how completely magical the legendary trumpeter was even up to the end! Chet at this time is completely different than Chet in the 50s or 60s – as he'd really found a way to make all these amazing new sounds on his horn, partly as a way of getting around some of his physical limitations, but also as a way of opening up some of those mid 60s ideas that he barely explored on record at the time. He's working here with a very important musical partner from the last decade – getting great help on guitar and flute from Nicola Stilo – plus Marc Abrams on bass and Luca Flores on piano – on titles that include "Portrait In Black & White", "Funk In Deep Freeze", "Arborway", "In A Sentimental Way", and "If I Should Lose You".  © 1996-2023, Dusty Groove, Inc.

Peace (with bonus tracks)
Enja/Ultra Vybe (Japan), 1982. New Copy
CD...$12.99 16.99
A key album from a fantastic point in the career of trumpeter Chet Baker – his later years, a time when most of the world was ignoring Baker's talents, but Chet was still in a hugely creative mode, and turning out some of his freshest sounds in decades! There's a wonderful quality to the ... CD