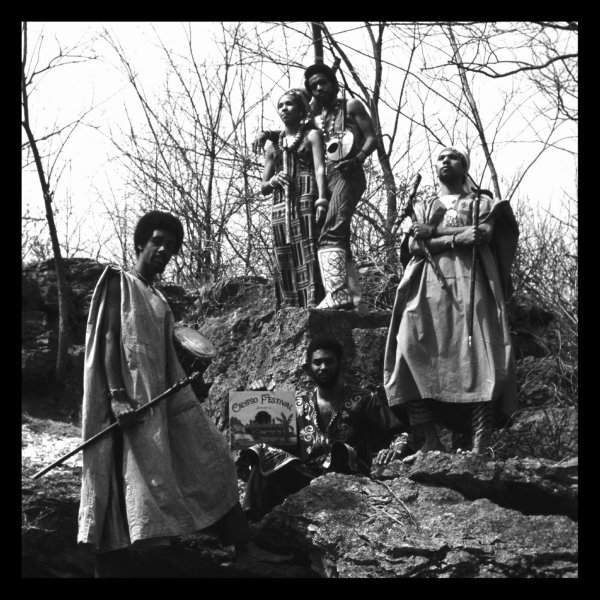 A full three albums by the legendary Pyramids – all packaged together in one complete set, with an unreleased bonus album too! The Pyramids recorded three key records during the 70s – each of them an underground classic, all served up in a wonderful bit of spiritual soul jazz with a really cosmic feel! The group are heavy on percussion and reeds – blending congas and assorted other percussion instruments with soprano sax, alto, and flute – all in a captivating sound that builds up nicely over the course of the album's two long tracks! The music is very organic – never too forced, nor never too far out – and there's a majestic quality to the whole thing, one that really lives up to the group's name and image on the cover. And although the ensemble hail from Ohio – hardly a spot you'd peg for spiritual jazz in the 70s – they're a key link between the early 70s avant movements in Chicago and St Louis, some of the hip grooves in Detroit's Tribe Records scene, and the growing loft jazz movement in New York. The reeds are especially nice – alto sax from Idris Ackamoor and flute from Margo Ackamoor – and all other group members play percussion, and vocalize too – singing along with some of the tunes in chanting, chorus formation, which adds an even further element of soul to the mix. Includes the full albums Lalibela, King Of Kings, and Birth Speed Merging – plus the rare album Live At KQED, recorded by the group in 1975! Great package – features the full albums, plus a 32 page booklet of new notes and rare photos!  © 1996-2023, Dusty Groove, Inc.

Egypt Strut (with bonus tracks)
Strut (UK), 1974. New Copy
CD...$13.99 14.99 (LP...$24.99)
Amazing grooves like you've never heard before – seminal sides by Salah Ragab and his Cairo Jazz Band – work done by the percussionist who'd also worked with Sun Ra, but who's even more amazing here on his own! As you can probably guess from their name, the ensemble was an Egyptian one ... CD