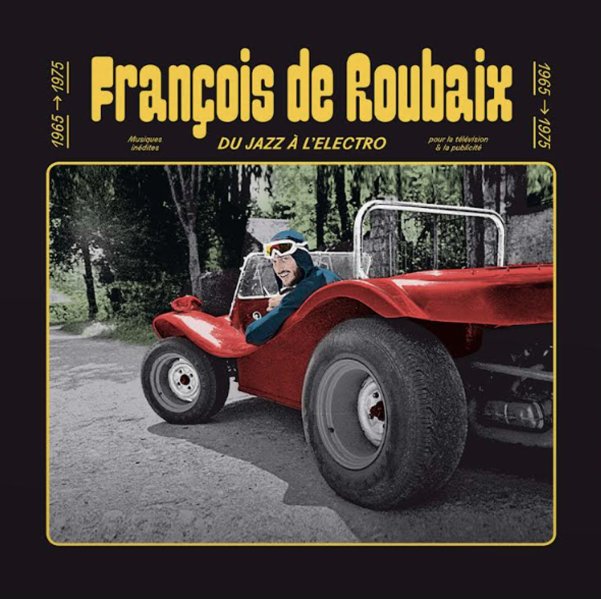 A decade-spanning collection of work from the amazing Francois De Roubaix – one of the most inventive French talents of his generation, and an artist who was taken from us all too soon! Francois was everything at once – a jazz musician, a soundtrack composer, an electronic music pioneer, and a generally groovy cat who really had a wonderful way of putting unusual sounds together! The package follows the path promised in the title – with some more conventional jazzy material from the mid 60s, moving into work that mixes electronics with cool acoustic instrumentation and other weird sources – presented here on rare advertising, TV, and documentary material that's different than the work in some other compilations of the work of De Roubaix in recent years. Titles include "Fiat Coupe", "Maniatis", "Muratti", "Megeve Mont D'Arbois", "De Paris A L'Everest", "Trois Enfants Au Nepal", "Tradit", "Mobyx", "Le Cubisme Lex Tableux", "L'Avnir Du Futur", "Cointreau", and a few versions each of "Les Survivants" and "Tarif Du Nuit".  © 1996-2022, Dusty Groove, Inc.
(Individually numbered limited edition pressing – on heavyweight yellow vinyl!)

Themes – Passion (180 gram pressing)
Music On Vinyl (Netherlands), 1970s. New Copy 2LP Gatefold
LP...$39.99 (LP...$24.99)
Not the trashy kind of passion you might expect from the cover – but instead, one of the most trademark sides of legendary film composer Ennio Morricone – his talent for building a tune up slowly, almost out of nowhere, then letting it flow gently with a wonderful sense of space and ... LP, Vinyl record album