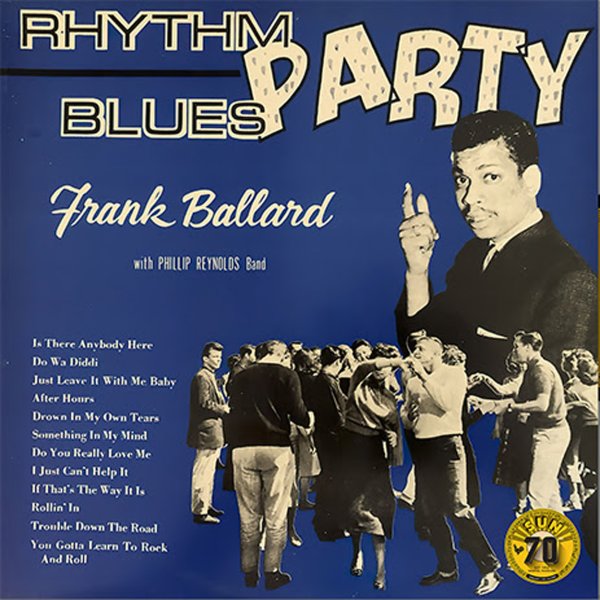 Also available
Frank Ballard — Rhythm Blues Party ... LP 19.99
An obscure soul set on the legendary Sun Records label – raw vocals from Frank Ballard, done in a style that still has a few older R&B currents in the mix, but which is definitely pointed strongly towards a 60s groove! Backings are by the band of tenorist Phillip Reynolds, and the sound here is a lot more in the King Records mode than you'd expect from Sun – plenty of grit in the grooves, and with some great work on piano, guitar, and tenor next to the vocals! Frank earlier sung with tenor man Curtis Amy, but he's really at the top of his game here – and titles include "Trouble Down The Road", "Rollin In", "After Hours", "Do Wa Diddi", "Is Anybody There", and "Just Leave It With Me Baby".  © 1996-2022, Dusty Groove, Inc.
(RSD Essentials pressing. Limited to 1000 copies.)